Is Vaccine “Shedding” A Threat To Unvaccinated Women?

Time to throw some cold science water on the latest craze gripping the internet.

So do the new coronavirus vaccines cause vaccine shedding of spike protein that can then cause menstrual cycle irregularities, miscarriages, and sterility in women around people who’ve been vaccinated who haven’t been vaccinated themselves? So this is what’s going around the internet right now, and I gotta say, guys, it is a new low. It’s a new low from the delusional wing of the anti-vax cult.

We’re talking about like the 12 people responsible for 65% of misinformation about vaccines spread around the internet. Let’s dig into this one because it has real world implications. There’s some private school in Miami called the Centner Academy, and I say its name because no one should ever go there. They’re basically saying they will not hire any teacher who’s been vaccinated out of an abundance of caution because their advisors are saying that by being vaccinated, you are going to shed either vaccine or spike protein that the vaccine teaches your cells how to make, and that shedding can affect women around you who haven’t been vaccinated and cause them to miscarry, or have menstrual cycle abnormalities, or sterility, or early puberty in girls. Okay, let’s dig into why they’re saying this. And by the way, that’s incredibly discriminatory.

The anti-vax people are usually like, “My body, my choice,” right? Unless you choose to be vaccinated, then you’re not getting a job here. So it’s amazing. So why would they even say this? There was a piece of misinformation early on that I’ve debunked in a previous video, which I’ll link to in the show notes here, that said that the spike protein can cause miscarriages and sterility because it shares some structural similarities to a protein called syncytin-2 that exists in human mammalian placenta, and that by making antibodies that bind to the spike protein, we can make antibodies that bind to syncytin, which can then cause placental damage and miscarriage. Turns out it’s not true.

The similarities are like a tiny stretch of amino acids that have no functional similarity, in other words, the antibodies don’t bind to human syncytin, so it’s a nonsense thing. But the sort of anti-vax crowd picked that up early on and were like, “Well, what about this? It’s gonna cause sterilization.” And then it turns out it didn’t. And it turns out that if it did, then getting natural coronavirus infection, which a third to a half of Americans have probably had, we would have masses of sterilization. We don’t see that, right? And so this idea was already incorrect.

Now they’re saying something, they’re adding more incorrectness to this, they’re saying, “Well, but by now getting vaccinated, you’re producing, you’re teaching cells to produce spike protein,” this S-protein that comes from the coronavirus, so that we can then make antibodies to it to defend against natural coronavirus infection, and that “this dangerous spike protein leeches, sheds from the human body,” through magical means not otherwise specified because that’s actually doesn’t happen, “and then can get onto nearby women, which will then cause them to have all the ill effects of the spike protein.” Okay, just take a second and start to recognize, we’ll go through the science of it, start to recognize the signs of misinformation. The first is that you have fake experts, so somebody like a Sherri Tenpenny who’s a professional anti-vaxxer.

She used to be a doctor, now she’s a professional anti-vaxxer. She charges 600 and some odd dollars for a course to teach people how to persuade others not to take vaccines. Despite advocating against masks and vaccines, her company, Tenpenny Integrative Health or something, took 72 grand in federal PPP paycheck protection money. Like that’s irony right there, right? So this person is held up as an expert. She’s saying this kind of stuff online. She’s one of the 12 people that have been cited to spread about 65% of misinformation online around vaccines. They’re holding her up as an expert.

She has no degree in immunology, she’s a former emergency physician who now makes a living selling anti-vaccine propaganda. So fake experts, sign of misinformation. Conspiracy thinking. They’re trying to sterilize the population because of Bill Gates’ population control, or Big Pharma doesn’t want you to know that they’re gonna make money even though they’re gonna sterilize young girls and then sell a cure for the sterilization. Where the irony is, the person selling this misinformation is selling it literally for money. So already now the other interesting sign of misinformation is impossible moving goalposts. So there’s no way you’ll convince the person selling the misinformation with new evidence that they’re wrong. So for example, in the beginning of the vaccines, “This is gonna cause sterilization, don’t take it.” Oh, sterilization wasn’t caused. Move the goalpost. “Now viral shedding is gonna cause sterilization.”

No, that’s not happening. “People are gonna drop dead of autoimmune disease.” Uh, no, hasn’t happened. Now, looking into the… It’s just sometimes I just… Looking into the science of this, why would a spike protein not be shed? Well because, for example, the mRNA vaccinations, they teach local cells in the deltoid muscle how to make the spike protein. It’s made locally, it’s then sort of interfaced with our immune system, which binds to it, learns about how to make antibodies, et cetera, and breaks it down. Both the mRNA, so the message, the email that tells the cells to make the spike protein, is gone in 24 to 48 hours, and it’s all locally there. And the second thing is the spike protein is also broken down and ultimately bound to antibodies and is gone. There’s really no good mechanism to shed it into the world. Let’s say it did shed into the world, right, and I’m wrong and there’s some mechanism we don’t understand.

We have to be humble, right? And it gets out onto the surface. How is it going to be ingested by nearby women? How will that then do something impossible, which is cause sterility? So, now, digging into the question about menstrual cycle irregularities, there have been lots and lots and lots of anecdotes about irregular menstrual cycles in women who’ve been vaccinated. Now, it’s being looked at, actually, because we take it seriously, just like we took seriously the handful of clots in mostly women that happened with Johnson & Johnson and AstraZeneca vaccine, and that led to a warning and more information. I’ve done videos on that. So this process of surveillance works, right?

They’re looking at it, and we don’t understand, first of all, if it’s true, if there’s more irregularities in people who’ve been vaccinated or not. And if it were true, the question is what’s the mechanism? So anything that causes stress, inflammation, immune response, might have an effect on menstrual cycle. And we, again, there’s no reason to believe that it’s affecting directly the hormones that affect the menstrual cycle, but we know that there’s a lot of integration in systems in humans, and women in particular are particularly complex. As a man, I will quickly say that. And as a result, could it be that, you know, vaccination actually causes some temporary transient changes in menses?

Sure. It’s possible, and it’s gonna be looked at. Is that a reason to avoid getting a vaccine that would protect you from natural COVID infection, which, if you believe any of the lies about the vaccine causing sterility, menstrual cycle irregularities, et cetera, why then wouldn’t natural spike protein do the same thing? Wouldn’t you be more scared of natural coronavirus infection? “Oh, but no, but it’s natural.”

So do you understand now? I get a little frustrated and sometimes that comes through, but the truth is you can very rationally debunk all these points. I’ll link to more information about how you go about that. But the other piece of this you gotta remember is when you’re looking at misinformation like this, this is harmful. Like this silly private academy in Miami, this podunk “academy” somewhere, is gonna set a precedent for people to, and we’re seeing it in restaurants, “You are not allowed in here if you’ve been vaccinated,” signs like this. This is crazy. We should be saying, “Okay, we’re not gonna force vaccines on anyone, but hey, getting vaccinated is a great thing to protect you and your community.” So this kind of misinformation isn’t just a trivial thing. It’s quite harmful. And remember to spot it, look for fake experts, look for conspiracy thinking, look for impossible expectations or moving goalposts, we see it all here, look for logical fallacies, which hello, spike protein shedding causing miscarriage when natural infection then would be more scary, but you are fine getting that? That’s a logical fallacy among many. And then the last piece of the misinformation puzzle is cherry-picking data.

So I’m sure Sherri Tenpenny can find 10 studies that back that there’s some homology to syncytin and they found some evidence of a spike protein on the skin, and then you can probably find 1,000 studies that don’t show that. But they’ll cherry-pick data to support whatever it is they already believe. They’re confirming their bias. All right, guys, this is what I want you to do. Confirm my bias that this video is dope and share it. Send it to the people that are sending you this stuff, this nonsense, this misinformation, that are amplifying the signal of this small handful of delusional cult members that are spreading this. Let’s try to think more rationally and scientifically. Let’s not force anyone to get vaccines, but let’s not discriminate against people who have based on bad science, non-science. And I love you guys. We are out. 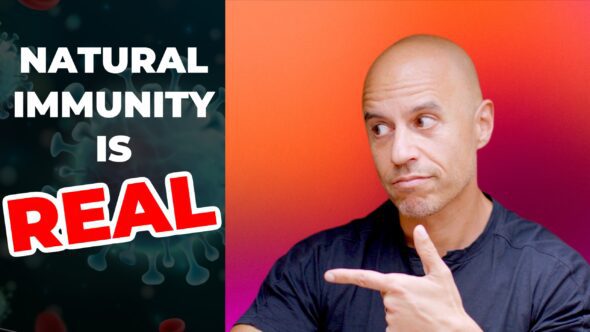 Natural Immunity Is Real, And Here’s What That Means 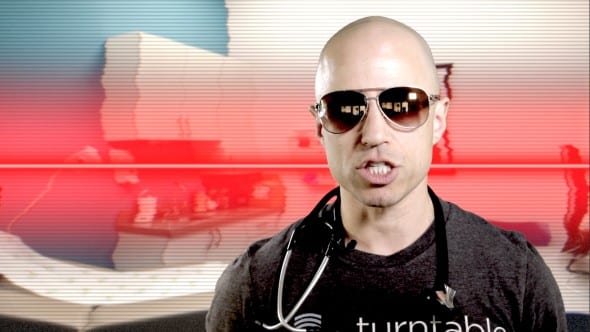 To Parents Worried About Vaccines 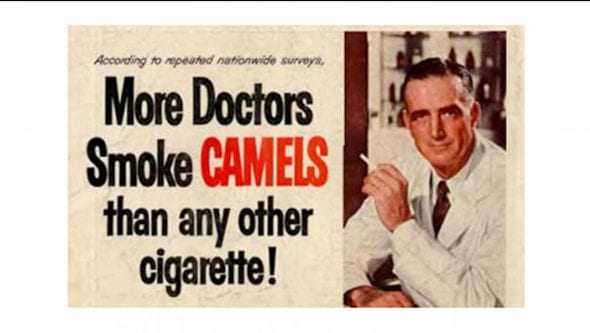 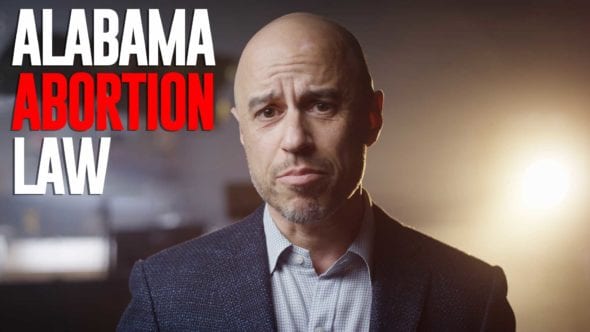