Are YOU a victim of the dreaded Dunning-Kruger effect?

Hey everybody it’s your boy, ZDoggMD. Okay check it out, have you ever wondered, online, why someone who is really, really dumb, seems really dumb? I don’t know, Jessica Biel, speaks about a subject they know really very little about, like they absolutely are experts in that subject. I don’t know, vaccines.

Well it turns out, this kind of behavior, of acting like you’re an expert, when you know very little, is not limited to dumb people and it can affect all of us. In fact, researchers David Dunning and Justin Kruger studied this. They took a bunch of kids and they had them take some tests on recognizing humor, logic reasoning, different things like that.

And what they found is, the people who performed in the bottom 12th percentile of those tests, in other words, they were incompetent at the subject matter, actually misestimated their own expertise, and thought they were in the top percentiles.

It’s very common if you survey people. How good of a driver are you? 80% of people will say they are above average. That’s statistically impossible. And this effect actually comes from a very human failing…which is when we learn a little bit, we don’t know enough to know what we don’t know. And this is crucially important in healthcare. Because, people tend to do a little bit of Googling online, and then feel like they’re experts. You all have the uncle at the Thanksgiving table, who goes on, and on, and on about I don’t know, geopolitics, and knows not a darn thing.

Well, it turns out in the public sphere, when someone like Jessica Biel comes out and says, “I’m an anti-vaxxer”, she’s maybe done a few Google searches, right? And now, she thinks she understands immunology. The problem with this effect, is that not only are you incompetent of the subject matter, but you have a double whammy, which is you don’t have the metacognition, you don’t have the understanding to know what you don’t know. And so you’re doubly dangerous. So, what that leads to is an overconfidence, an over estimation of your own abilities. Another great example, American Idol. We all laugh at the kid who like comes out, and he’s like, “And I will always love you”, and he’s done, and he’s like, “Nailed it!”. And then Simon’s like, “That was self indulgent, it was terrible, and you should be murdered.”

Well, then the kid truly bursts into honest tears, they have never, and they can’t imagine why they would be wrong, because they don’t have the metacognition to know what they don’t know. And, what they don’t know, is that they suck at singing. So, this can affect people of all stripes and all intellects. So I myself, am a victim of the so called, Dunning-Kruger effect, when it comes to meditation and psychology. So I started learning about meditation a few years ago, and very early in my training, I was like, “I’m enlightened, son. Like I learned how to keep my mind quiet for 10 seconds. Like I know everything, like I’m as good as the Dalai Lama.” and I’m lecturing my friends on how un-woke they are. And people are looking at me like I’m crazy. Cause I was crazy.

Because the more I learn, then as my learning increased, and this is what Dunning and Kruger found in their research, the more you know, the less confident you get up to a point, because you realize, “Oh, there’s a lot more to meditation, and enlightenment, and spirituality than I thought, and boy, was I dumb.”. And, the thing is, these aren’t people who are fully deluded. They can look back and go, “Oh yeah, I was pretty off my rocker then, saying these things.”. So, as you learn more and you become an expert, your confidence level rises, but you get a different type of cognitive distortion. You understand that you know stuff, you get something called the imposter syndrome. Where you assume everybody actually knows similar levels of knowledge, as you do.

And then, you start to feel like, “Well, maybe I don’t really know all that much, and maybe I’m not really worthy to be here.” And it’s a kind of, a weird paradoxical anti-confidence. The problem with expertise, is assuming other people actually have the same knowledge as you, is terrible if you’re trying to teach, and influence, and persuade. A great example again, is vaccines. Well you can have scientists all day going, “Vaccines are safe and effective, I mean, everybody know the basic T cell architecture, humoral response, B cell response.”. No, they don’t. They don’t.

All right, Jessica Biel probably barely took high school biology, and she doesn’t know what she doesn’t know. So it’s on us, to actually teach. So how do you overcome the effect of not knowing enough, right? And by the way, one more example, this is gonna get people angry, but it’s true, and you know it. There’s so much tension between physicians and nurse practitioners. Why? Because the training patterns for nurse practitioners are somewhat inconsistent. So you can get amazing training, a great preceptor, who really really teaches, and you can learn a lot. In which case, that nurse practitioner practices amazing, within the scope of his or her practice, and knows what they don’t know.

They know when to rely on a physician, or another specialist, or somebody else to help them. Now, what happens if you don’t get great training? Or you do it all through an online course, or your preceptor isn’t that good? And this can happen to physicians, too. Well, then you’re a victim of the same effect. You don’t know what you don’t know, you overestimate your confidence, you don’t have the metacognition to know that you don’t know what’s going on, and that’s when it’s dangerous. That’s when physicians who do have a level of expertise, look at this and get very upset, because they see the dangerous patterns. Physicians are also victims of this.

So somebody who’s not a specialist in urology, might decide to treat somebody for something that’s very complicated, but they don’t know what they don’t know in that sub-surgical specialty. So this is a huge problem across the spectrum. How do we deal with it? Step one, keep learning. As you learn, your confidence starts to come down. If you go and take vocal lessons, you realize how much you really suck. This happened to me, too. I would sing parodies, and I would suck, and people would be like, ” They’re great!” And I’m like, “Yeah!”.

Then, I took vocal lessons, and the teacher was like, “Yeah, you’re terrible.” And now I can barely pass. But I know what I don’t know, and I’m sufficiently terrified to sing, for that reason, which is good. Keep learning. The second thing is, open yourself up to constructive criticism. Get people’s honest opinions. Don’t surround yourself with ‘yes’ people. Which brings you to the third thing, challenge your own beliefs. You want to get passed this idea of confirmation bias, where you’re always just trying to cherry pick data to support what you already believe. That is a recipe for stupidity, and cognitive distortion, and mistakes. Okay?

So do me a favor, become a supporter of the show, we get into bigger, deep dives, send us some stars if you want, if you support what we do, and you want us to do more of it. Share this video so we can help people think about how to think, and cut through the haze online. Whether it’s vaccines, whether it’s raw water, people thinkin they can do science, when they can’t. Okay? We need experts for a reason, we need to learn for a reason. All right guys, I love you and we out! 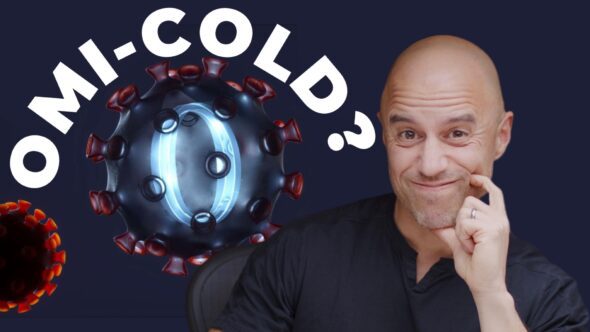 Omicron & The Endemic Phase Of COVID 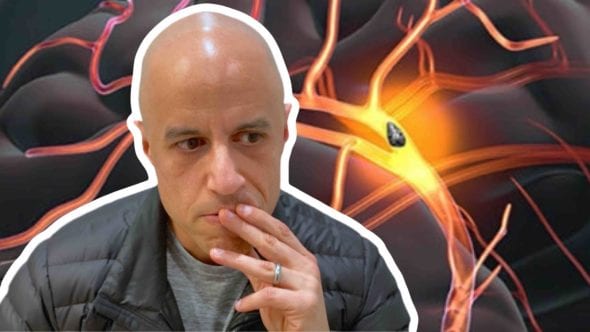 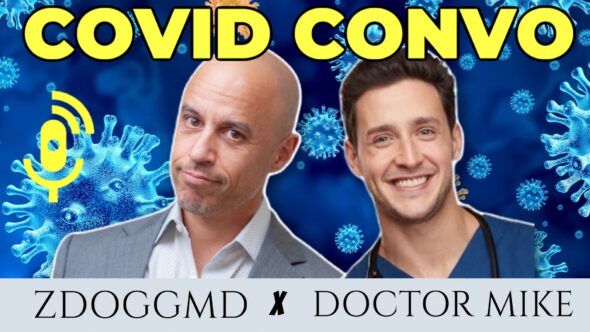 We Don’t Know What Will Happen With COVID, And That’s OK (w/Doctor Mike) 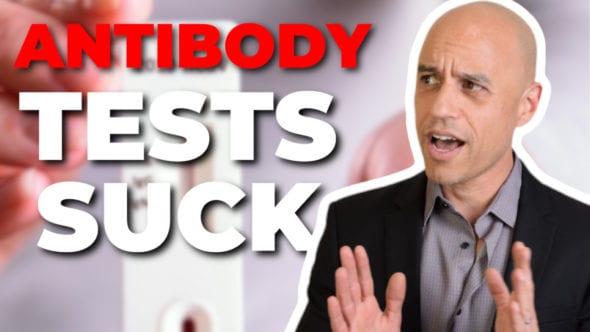