Early results from the UK RECOVERY trial suggest we MAY have found the first drug that actually saves lives in severe coronavirus infection.

Here’s what you need to know. And here’s that trial press release.

And here’s our interview with Duke researcher Adrian Hernandez about why we have to do science carefully and correctly.

Hey everybody, Dr. Z. All right, I want to talk about this Dexamethasone study. Decadron if you’re nasty. It’s very low cost steroid drug, made the news this week because of the release of results, not really results, a press release from a trial, ongoing in the UK called The Recovery Trial, which is a randomized control trial looking at various low costs agents including hydroxychloroquine, and other drugs like that.

Dexamethasone is a steroid similar to prednisone or hydrocortisone and it was being looked at in a randomized way, meaning patients were randomized to either of two groups. One that got Decadron, Dexamethasone, and the other that got just the standard of care. And there are about 4,000 patients in the standard group, and about 2,000 some odd patients in the Decadron group. And they stopped recruiting more patients in the Decadron group because there was enough of a signal in the results of this trial to say oh, this thing actually works.

And this is what they say, now again, this hasn’t been, the full paper hasn’t been released as of this minute and it hasn’t been validated and peer-reviewed and all that, so we know how that goes, right? Retraction, whoops, bad study, terrible design, we don’t know because we haven’t been able to review it, but outside experts did take a look and enough said, ooh, this is actually legit, that it’s worth mentioning what’s going on.

So, remember that steroid medications are sometimes given in illness because they tamp down, in a very blunt, hammer kind of a way, the immune response. It’s like taking the immune system and going bam, bam, bam, and what that does is, it again, it prevents your own immune system from reacting in a very robust way.

With SARS-COV2, the virus that causes COVID-19 disease, there is an initial phase it’s felt where the virus replicates and in that phase you really need your immune system to try to stop it from replicating, but if it gets through that phase in certain susceptible individuals, and we still don’t know why this is, those individuals then mount an immune response that is overwhelming. It’s so robust that it actually overwhelms your entire system and your blood pressure drops, your organs start to get damaged, you get inflammation and scarring in multiple organs, including lung, kidney, liver, brain, blood vessels and you see this manifest by a bunch of inflammatory markers that you can measure in the blood.

So, the theory is, and with SARS, the first SARS, there was some data that was kind of inconclusive around steroids and some data that suggested that actually giving steroids might actually cause harm. So the initial recommendations for SARS2, the squeequel, was don’t give steroids, right? And so it’s not mentioned in a lot of things except for hey, avoid it if you can.

But the theory is if you get past that early replication stage, when the immune system’s going haywire, maybe then steroids will be useful, so the Brits decided, at Oxford, to actually study this. And this is what they found. So it makes some sense right, maybe it’s when you give it. This is what they found. According to the press release. In patients who were not sick enough to need oxygen, so they had coronavirus but they weren’t sick enough to need oxygen, giving Dexamethasone didn’t do jack diddly squat.

In fact if anything, they had more mortality in that group, but it wasn’t statistically significant, in other words, that blip in higher mortality was probably purely due to chance, all right? It wasn’t, it didn’t achieve statistical significance. But in the second group that needed oxygen, but didn’t need a ventilator, you know the so called happy hypoxemics. In that group actually they found that if you treated 20 patients, 20 to 25 patients with Dexamethasone, you would save one life. So there was mortality benefit, a reduction in death of around 20%, which is quite remarkable because no trial so far has shown a reduction in death. Remdesivir, the famous and expensive new drug from Gilead, only shows that they had a reduction in the time of hospitalization, but there wasn’t enough data to say that it actually saved lives. So this was a big deal.

Here’s a bigger deal. In the third group of patients, who were ventilated, these are the sickest patients, they found around a 35% reduction in death. What that translates into is you need to treat, this is the only number you need to know, you need to treat eight people with this drug, Dexamethasone to save one life. The number needed to treat is eight. That’s absurd when the cost of this drug is mere dollars. It’s a drug that was approved in 1961.

So, if this is true, it tells us a few things. Number one, you don’t have to spend a butt-ton of money to treat COVID. Number two, all the conspiracy theorists who say that they’re not studying cheap drugs because big pharma are just blowing smoke out of their butts because this very same trial that’s studying other drugs, The Recovery Trial actually stopped their hydroxychloroquine drug, the favorite of politicians everywhere, because it wasn’t working. And that is an equally cheap drug, right, an old drug. So they’re not biased based on the expense of the drug or how much big pharma can make, they’re biased based on what are the results, all right?

Now there’s still ongoing trials of hydroxychloroquine that may prove even their trial insufficient, right? So you’re still studying it, but the idea that then, number one we show hey, if you actually do a randomized controlled trial you can get actually answers. Now again, this is all pending the release of the actual data, for all we know it’s all bogus, right? But let’s just assume it’s correct for now and talk more about that when it comes out.

The second thing it shows us is that there’s some biological mechanism here. That kind of re-enforces what we understand about this virus, which is that it’s not just the virus replicating, causing damage to the body, it’s the body’s response to the virus, the immune reaction that might be playing a huge role. The so-called cytokine storm where the body just declares nuclear war on the virus and in effect destroys itself in the process. The steroid might be putting a blunt mechanism to tamp that down at exactly the right point.

The third thing this teaches us is we better not do anything until we get that paper published and peer reviewed, because we know how that goes. Remember that published peer-reviewed paper in The Lancet about hydroxychloroquine that was retracted when it turns out the database was totally bogus. Watch my video on that. So, I hope this helps you understand the latest on this drug, how we have to be cautious, but also optimistic, how science works and why conspiracy theories are dumb and that’s pretty much it. So enjoy this weekend, all right, today’s Friday, June 19th, please share this video. Stay safe and we out. Decadron if you got it dogg. Or just wait until the data comes out. 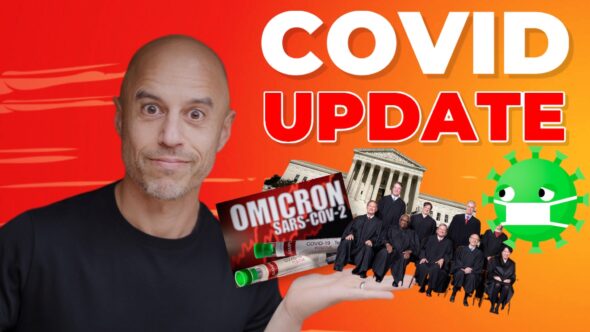 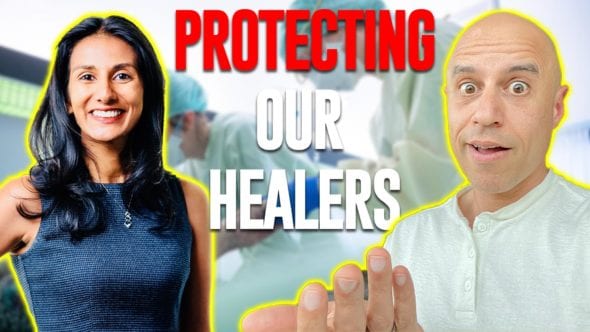 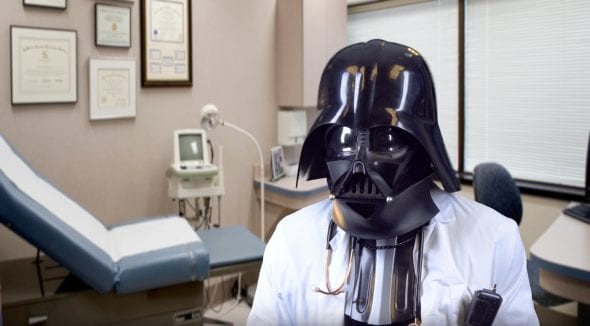 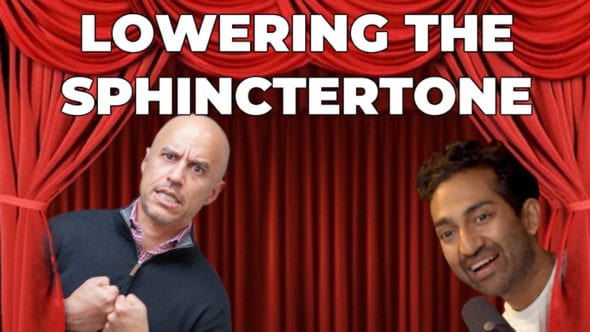 Absolutism In Medicine Is A Poison (w/Dr. Vinay Prasad)