Are we just having trouble diagnosing it, or are there fascinating lessons to be learned?

Hey, everyone, Doctor Z. I just read an article that blew my mind, and I think it’ll blow yours too. I just wanted to talk about it to get this off my chest. It turns out that they have not yet found a case of someone who was born with congenital blindness, born blind, who ultimately developed schizophrenia. affectLet me say that again. No one born blind, in all the review of all the cases that we have reports on, has ever been shown to develop schizophrenia. Now, compare this, this is crazy by the way, compare this to the fact that people who lose their sight later in life, those “the blind who once could see, “the bell tolls for thee”, they are more likely to suffer from psychotic disorders like schizophrenia. What could this mean?

Now, you guys have heard me talk a lot about what I think theories of reality are, that actually it’s not so much the world creates us, more that our minds create the world, and we’re really all interacting sets of conscious agents working through interfaces. How I see the world is my interface. Now, what does that have to do with schizophrenia? If you’re born blind, you do not have a visual interface with the rest of reality. That means that you have to construct reality based on your remaining senses. That includes hearing, touch, smell, and other, sort of, intuitive senses. Now, when you do that, your representation and prediction of reality that your mind makes is very, very different than someone who relies on sight in addition to those other senses.

So, somebody’s born with sight has to create a visual representation of the world, and I say that very carefully. Create a visual representation of the world. So, based on input from the senses, we spin up a world, we create it in our mind. Pretty much all visual scientists agree that it’s a creative process. They just disagree on what objective reality is. So, that being said, if we’re creating a visual representation of reality, and we get aspects of that wrong, so let’s say our sensory inputs aren’t quite right, or something in the coordination or construction of that interface isn’t adaptive, in other words, won’t work in the sort of society and the world we’re in, could you imagine how that might later create disordered thinking because thinking is so deeply connected to our construction of reality that we receive from our senses. So, the one theory is that those with schizophrenia have some visual dysfunction.

They’re not creating a visual interface that’s as accurate as other people. And as a result, later on they developed disordered predictions about reality based on their inability to construct a visual representation that’s in line with the interface that other humans in society create. So, let me rephrase that. If someone is born blind, congenitally blind, they never use visual input to construct reality. They rely on hearing, and touch, and all the other things, and their construction is very, very different. So, deficits in vision would not affect them, in other words, they would never have a faulty visual construction of the world that would then affect their cognition. So, they’re, in a way, immunized against the, kinda, psychotic disordered thinking that is seen in schizophrenia. Now, let me put a point on this. According to the article in Vice, that was sent to me by Ryan Neuhofel, thank you Ryan for tweeting at me, those with congenital blindness actually do suffer other mental illnesses just like everybody else, but they don’t, they’re protected somehow from schizophrenia.

And, remember that those who lose their sight later in life actually suffer higher rates of disordered thinking and psychosis, why? Well, my theory is, based on this article, I’m just thinkin’ out loud, that they had a construction of the world visually, and it was taken from them. So, they’ve done some really fascinating studies, again those “the blind who once could see”, I believe that was Hemingway, they’ve done studies on people who are blindfolded for, you know, 48, 72 hours at a time. Out of 13 people they studied, 10 of them, around day two or three, started having florid visual hallucinations.

Their mind system started constructing an interface with reality that did not necessarily represent reality, so they were seeing big, green faces, and rivers and obstructions in their path. Very crazy stuff. Crazy stuff. So, isn’t that interesting? Now, if you’ve never been born with the visual stuff, your mind wires and connects in a different way, and creates an interface with the world, creates an interface with the world, that is very different, perhaps more stable from a disordered thinking standpoint. Now, what other information kinda backs up this idea? So, it turns out they looked, sort of, retrospectively at home videos of children who ultimately would be diagnosed with schizophrenia. And, what they found were consistent displays of hand-eye discoordination.

So, dropping balls, fumbling, leaning to the left, being more clumsy than average. And, the data seem to suggest that these visual disturbances actually predate the development of schizophrenia. So, it’s not like schizophrenia necessarily causes the visual disturbances, the question is are they an early marker, or even a cause of what ultimately would develop in susceptible individuals into schizophrenia? Now, this is a completely different way of thinking about this thought disorder. It’s really a perception disorder first that then affects thought, and how we interact with conscious reality around us. And, it again gets to the sense of we will never understand these diseases until we understand what is the nature of the reality that we’re interacting with. It’s all experiential, which means we have to start with things like perception and experience, and see how we spin up our worlds differently in ways that are either ordered, in other words, they work to help us function in a human society, or disordered, we end up homeless on the street hearing voices and seeing things that aren’t there.

So, it’s very, very important. So, when you even think about what can we use this information for, we can start thinking about could we develop predictive analytics that can look at a young age at visual perception, and those schema in children, and say, “Okay, based on our AI dataset, “and the machine learning that we use to apply to this, “this child is much more likely to develop schizophrenia, “especially when we factor in family history, “other history, traumatic history.” Well, now we have a case where we can actually start to work on that child. Maybe it involves strengthening the other senses, which in blind people, the data seems to show that their auditory perception, and tactile perception is so advanced, maybe we can start to work on exercises that strengthen those secondary systems, or even work on strengthening visual perception. There has been work on strengthening memory ’cause memory is deficient in these patients, but it doesn’t seem to be helping that much. So, maybe we’ve just been going around about it wrong. The other thing we can start to do is then really warn those children and say, “You may wanna stay away from high-dose THC, “psychedelic experiences “that might trigger psychotic breaks, “and really be mindful of this.”

So, there’s a lot we don’t know, there’s a lot of potential here, but it all comes back to asking the right questions and understanding the correct framework of reality. I highly recommend you guys watch my interview with Dr. Donald Hoffman about his theory about conscious agents. I think it really informs exactly this discussion, and I’d love to hear your thoughts and ideas in the comments. I’ll link to the article in the description, or in the comments, and thanks for watching this. Again, I just read this article, look, I mean, here it is. I just read it, and I had to y’all about it, and I’m probably off base, but it’s fun anyways to be off base, and it’s fun to think about these things, and apply some intellectual rigor to stuff we read on the internet, and talk it through. Alright guys, I love you! We out, peace! 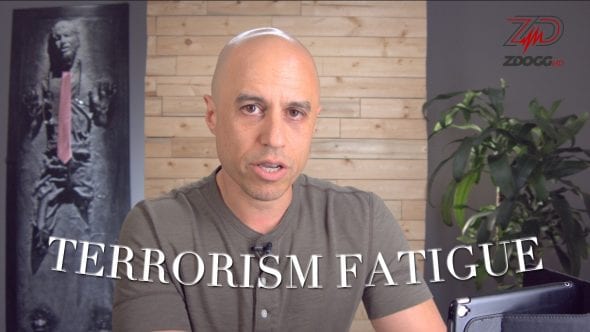 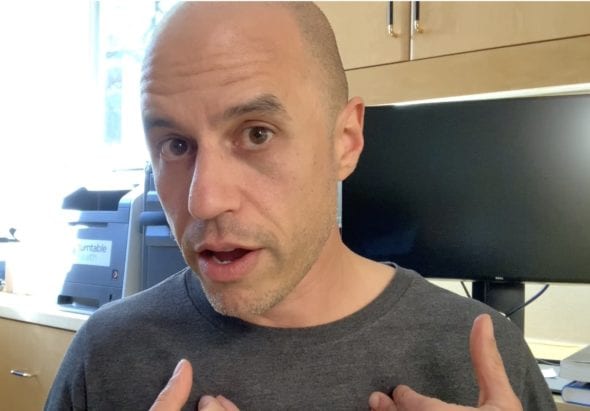 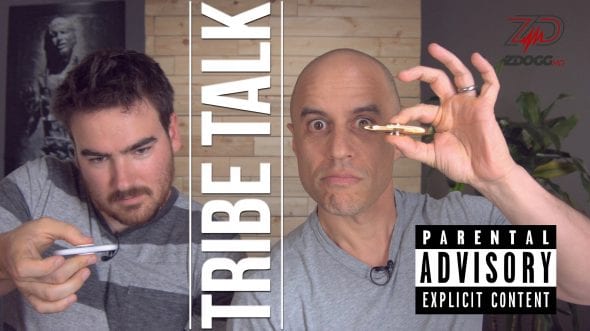 Fidget Spinners, Gwyneth Paltrow, and the End of the World? 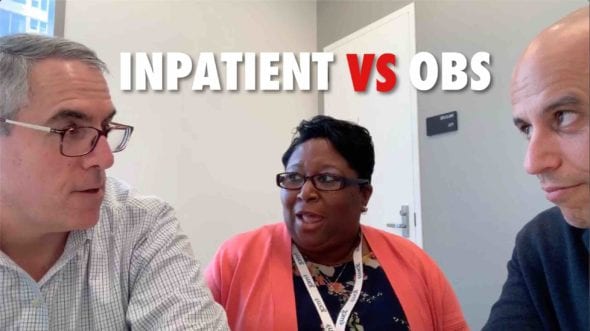