The Debate of the Century

The antivaccine industry has been begging me to “debate” one of their pro-disease warriors for a long time, and I just gotta be honest… After considering luminaries like Andrew Wakefield (a former doctor), Joseph Mercola (a former doctor even though he thinks he’s a current doctor), and Jenny McCarthy (never a doctor, but was on MTV so…), I found someone local who truly had the BEST qualifications.

Honestly, I think we’ve made the point that there’s no debate to be had here. It’s done. Parents who are on the fence message me all the time saying we’ve swayed them towards reason, but hardcore antivaxxers will never be swayed. It’s time to deprive these delusional zealots of the oxygen of credibility (to paraphrase Richard Dawkins) and de-platform them. I’ve tried to be accommodating of their BS in the past, but #enoughisenough. #UncleFesterOut

BUT: to influence people truly on the fence, we need to understand the moral reasoning and moral palette of vaccine-hesitant parents. Read this.

Share this video with everyone you know (especially parents on the fence). Antivaxxers are terrified of us, which is why they try to stop us, attacking our studio at night and trying to shut us down. This is our chance to stop them. We’ll win. Watch the original video here on Facebook and leave your comments.

– Z Pack, it’s your boy Z Dog MD. I am not particularly excited about this interview we’re about to do. We invited a leading anti-vax researcher onto the show. She’s late, her name’s Courtney. Hopefully she shows up. But in the meantime, we can talk about. Oh no, what is that? Oh my God, oh my God. Dude, the door is there.

– I guess this is our big debate. They wanted me to debate an antivaxxer and now I’ve got one here. I mean.

– Do you expressly acknowledge that I am one of the experts in my field? OK, and that I’m a leading researcher. Because a lot of people, they only spend 20 minutes on Google, I was on there for four hours.

– This is a picture of you. And it’s gross. You’ve always been hideous and you know that about yourself.

– What’s interesting, there’s a lot of ad hominems involved. Do you know what that is, an ad hominem?

– Oh, yeah, yeah, yeah, yeah, yeah. I get kabobs from there all the time. So. I think it’s important that you DYOR, which means do your own research, and so I wanted to bring you a book written by a real doctor and it was really informative on my views on vaccines.

– You know, we might have gotten off on the wrong foot. I didn’t realize that something I read to my children at night had any relevance to vaccines. Do we have to do this?

– At our house, we play out back. We play a game called ring the gak.

– Would you like to play this game, come down.

– So now you’re an anti-gaker.

– OK. Well, at least we have some common–

– Remember when you used to look normal, and not freakish, and now you look like you’re slowly dying of vaccines? This is you. This is a picture of you I found on the internet. OK?

– That does look gross, but it’s not me.

– You know what, your teeth look exactly like that.

– How is that relevant to our discussion about vaccines? Vaccine manufacturers don’t pay me. I wish they did.

– That’s who? Zuckerberg? He owns a hospital.

– Yeah, I see that you’re all in industry’s pocket. Mmhmm.

– His wife is a pediatrician, she cares deeply about vaccines.

– Pediatricians are the worst, they’re basically baby murderers. They were the one who made me get a vaccine.

– They didn’t make you do anything. They offered it, and you chose.

– They told me, vaccinate this child or he can’t go to school, you’ll have to home school him like a little bitch and he’ll be stupid and nobody’ll like him and that’s what happened to me and I just.

– You know, you know, I guess, I guess what we should be asking is less what’s wrong with you than what happened to you. So let’s change the subject. I think it’s important to understand why you would believe a search on the internet over researchers, scientists, people who do this for a living. I don’t get it.

– But what about all the children that you hurt with your lies, hmm? What about that?

– Yeah, we should agree, yeah.

– Quiet. I’m deplatforming you right now, just like you deplatformed us.

– I can do that. Shut your bald mouth.

– So do you have a degree from Google University?

– No they don’t, that’s fucking stupid, they don’t have that, OK, stop being an ass. This is you, this is what you look like. Like fucking Uncle Fester. I just want to tell you what a bald shilly bitch you are to your face, because I’m not scared of you bald man.

– So does Google University have a mascot? What is it, is it a pixel?

– So, Courtney, you know, the reason that I wanted you on the show, I mean, apart from being pressured from all the antivaxxers and being stalked with death threats against my family, was you say you have a vaccine injured loved one and I wanted you to talk about this because–

– I do, I do. He’s my baby and he was vaccine injured by you people. His name is Bartholomew. And he’s a really cuddly boy. Or at least he was.

– Listen, when they vaccinated Bartholomew here, I saw the light leave his little eyes. Look at him, do you see how he has a lazy eye now? Do you see?

– Is that from the distemper shot?

– His eye is lazy. This eye is normal. This is Bartholomew. It says hashtag mood.

– Death is better than having a lazy eye.

– So are you being ableist then?

– Totally, totally. Remember that one freaky character in 300, like the hunchbacky guy? He betrayed Leonidas and that’s not cool, OK?

– I think, I think we probably never should have done this, honestly, I think this was a disaster.

– I think we can agree to disagree on this.

– I’m leaving. You disgusting human. And I can’t deal with you, you bald ugly fucking gross.

– That’s not an exit. It is an exit, wow. She’s smarter than I thought. 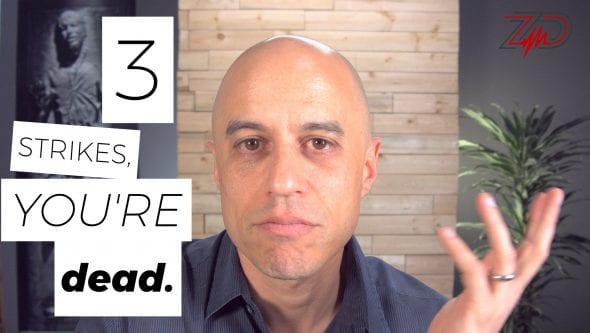 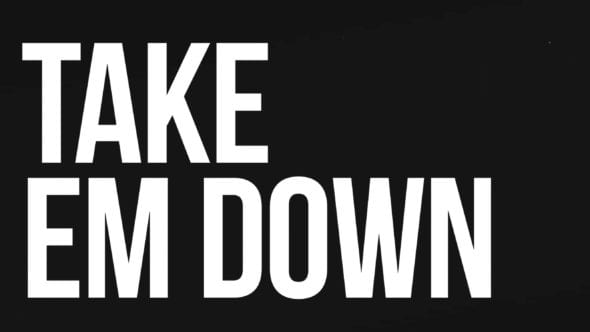 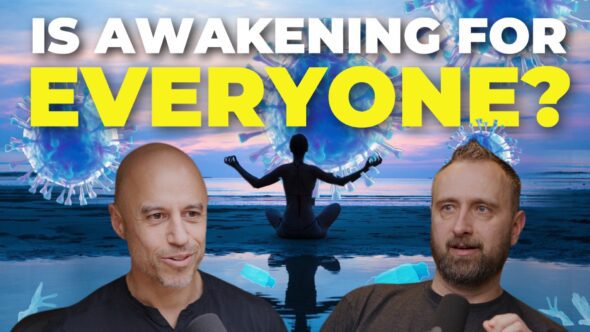 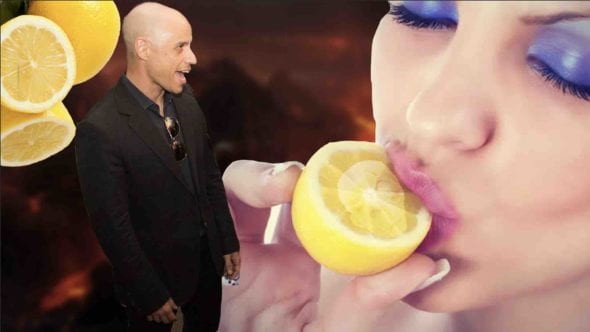