Do you feel safe at your workplace?

Dr. Mark Randle Ryan, a 54 year-old veteran Colorado anesthesiologist, has now been charged with felony assault after witnesses say he nearly choked a nurse into unconsciousness in the recovery room at Sky Ridge Medical Center.

According to police and witnesses, he was making rounds in the recovery room and was turning off vital sign machines in patient bays due to their constant beeping. (Can you say alarm fatigue??)

Beth Duché, RN, told him repeatedly not to turn monitors off, as they can take up to 5 minutes for them to reboot. She says,

“Dr. Ryan grabbed her by the throat and squeezed Duche’s neck with enough force to where she lost her function to breathe normally… she was seeing stars.”

She thought he was going to kill her. Read more here.

According to OSHA, 75% of workplace assaults occur in health care. Workers in health care settings are 4 times more likely to be victimized than workers in private industry. WHY?

Why do we have to “put up” with being kicked, punched, spit on, choked, groped, and so on? ESPECIALLY by our own people. Alarms should not be triggering ANYONE to strangle a coworker.

In the setting of this, here’s the question: He has no past history, no strikes against his license, no criminal record. He’s not an employee of the hospital, he’s a contracted anesthesiologist. What happened?

Watch the video for my thoughts and info that staff have private messaged to me.

Is this a symptoms of a larger problem: burnout?

Contributors include administrative distractions, paperwork, and the feeling that we aren’t given the latitude, tools, resources, or support to just care for patients. Check out more on healthcare provider burnout here.

What can we do to prevent this? SPEAK UP. We are #silentnomore when it comes to violence in healthcare. ADDENDUM: when we lend our voice, people listen, check out this follow up video.

ZPac, check out the original video here on Facebook and share this with your friends, family, parents, and coworkers. We cannot keep brushing healthcare violence under the rug. If have more information, private message me via Facebook, and if you’re not a supporter of the show yet, please become one.

– Okay, guys, check it out. I’ve had a million people literally message me an article from Colorado News about an anesthesiologist, 56 years old, who’s accused of assaulting and trying to strangle a nurse in the post anesthesia recovery area, the PACU, and I gotta say, and they’re like, what do you have to say about this? You’d better weigh in and so on, and I’m like, well, okay, first of all it’s very hard to comment on something without having knowledge beyond what the press is telling you, because we all know the press gets these stories wrong time and time and time again, every single time. Don’t message an article unless you have some information to add to it, which I subsequently got from someone that was there on the scene and this is the story, and what I think about it and how we should start thinking about violence in health care.

We talk about violence by patients against providers. What about when our own are attacking us? How do we keep ourselves safe? How do we think about this? What is the deal with punishment and accountability and does it have all to do with staffing burnout and alarm fatigue? Let’s talk about this. 56-year-old anesthesiologist in a Colorado hospital is in the PACU and the ventilator alarms are going off or whatever alarms they were looking at, and he asked the nurse who was there who was a 20-year veteran from people who’ve talked to me from the facility and said, I’m gonna silence these ’cause it’s too much and there’s alarm fatigue. This is by report. Starts turning off these alarms and the nurse says, listen, we can’t do that. They have to stay on because when you fully turn it off, it takes three to five minutes to reboot up and we need to be able to monitor these patients. At this point, or some point in-between, he reaches out and starts choking her and shaking her neck very, very aggressively. Now, there are people on the scene. There was a nurse who witnessed it and actually by report a patient who actually got video of this on a cell phone.

Now, you can imagine how scary this was. Apparently, the nurse reported that she was seeing stars and thought that he was gonna kill her. Now, what the press reported at this point is that he was escorted out of the hospital. What the staff report to me is that he fled actually and later turned himself in. So, it’s hard to know exactly what happened, but this is the report that we’re getting. Now, here’s the issues. He’s now facing an assault charge, he was interviewed by the news via phone and he said, look, I think the facts will show in this case that there was no intent. No intent to kill her? Did you snap? Do you think it’s okay to lay a hand on another coworker at any point as a way to express frustration? This is not an isolated incident. This has happened in other contexts, surgeons and doctors attacking nurses, and actually nurses attacking nurses and other staff attacking other staff.

This workplace violence is most common in health care actually of all the occupations. In the setting of this, here’s the question. He has no past history, no strikes against his license, no criminal record. He’s not an employee of the hospital, he’s a contracted anesthesiologist. What happened? Did he just get one click, pushed one click too far with alarms going off? We all know we get alarm fatigue. We get violent when we hear certain alarms. There was a sound that, this old vent alarm that still gives me PTSD to the point where I sampled it and put it in my Ain’t the Way to Die music video as a way to get people feeling a response from that. Did that trigger him, then, to attack the person that he felt was perpetuating this thing and maybe he was just at the end of his rope?

He has since announced that he is retiring from medicine. If he even doesn’t go to jail, right? The other thing I heard from staff there are that, in quarter four, this hospital is understaffed. They all are feeling it. The doctors and the nurses, and everybody are stressed. One person on staff actually went so far to say it’s creating dangerous conditions. Now, again, this is an isolated report from staff. Could this all be contributing overall in health care to a situation where people are snapping? In no way does that excuse his behavior. This guy should go to jail if he’s convicted, right? In no way does this excuse his behavior, but it tells us there’s a broader problem.

We’re looking at an issue where people are pushed to the end of their limits and this kind of thing is happening. We already see it from patients and now we’re seeing it from staff. I think the call to action is first of all, guys, if you hear about this stuff in the news, if this stuff comes up, don’t just send me the article. I’ve seen it. I need information that fills in a picture that then we can talk about, because that’s what this show is is it’s a platform to talk about the stuff that the press gets wrong, that the administration’s not telling you, that the government’s not telling you. That’s what this place is for, but I can’t do that if you just send me a press article.

Now, the second call to action is we have to have a zero tolerance policy for this kind of thing. He shouldn’t have been, it turns out there was some talk that even the higher-ups in the administration didn’t even know this had happened until the next day. This needs to be a zero tolerance thing. I think that if you’re committing a crime against your fellow human beings in a hospital, there’s no level of hell that is hot enough for you, okay? The third call to action is what are we doing in health care that we’re creating a pressure cooker system where it’s click, click, click and we’re suffering this moral injury that good people ultimately are snapping?

Now, I don’t know this guy at all, but I’m just saying I know that it happens to good people as well. All that being said, hit, share, leave a comment and stories. If you know more information, private message me, and if you’re not a supporter of the show yet, please become one. We’re gonna offer CME and CE soon, but it’s a way that you can help pay for all the stuff that we do. Your actual support keeps this stuff sponsor-free and free and clear for you guys. It really helps us a lot. Thank you and we out. 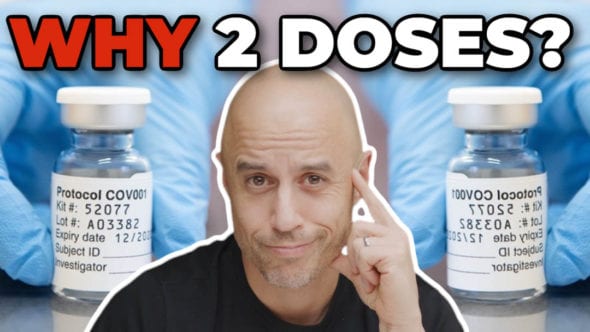 Why 2 Vaccine Doses? And Your Questions, LIVE 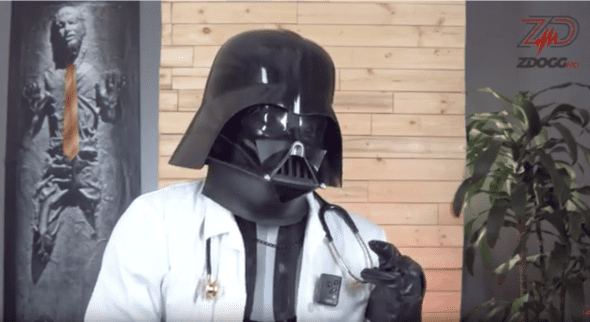 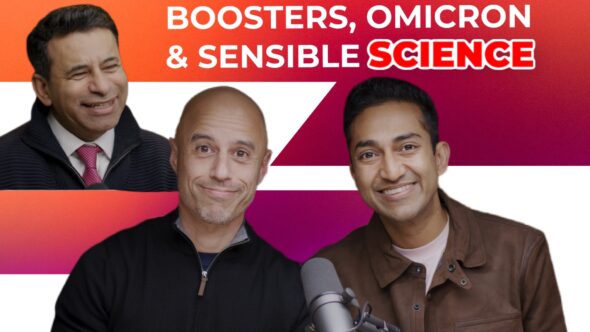 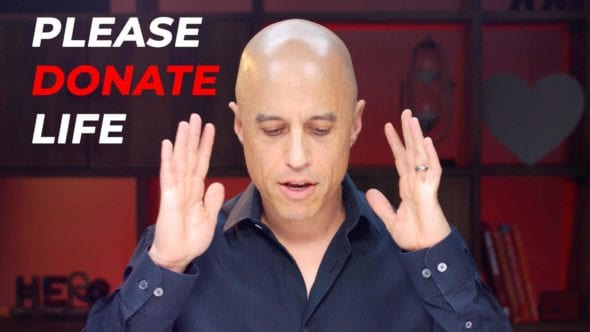 The Truth About Organ Donation