Fever may actually be good for us. Here’s why.

Here’s a quick and dirty overview.

Here’s the interview with vaccine expert Paul Offit that I reference.

Fevers can feel awful, but should we be treating them, especially in patients with coronavirus or people who’ve gotten the vaccine and are developing a fever? I’m gonna tell you why I don’t think we should be. So doctors have talked about this stuff for millennia. What is a fever? It’s a temperature over 38 degrees, 38.3 degrees Celsius or 101 fahrenheit, at least that’s how the critical care societies are defining it. And it happens when the body secretes things called pyrogens or cytokines, little chemicals that tell the hypothalamus, which is part of the brain that is our temperature thermostat tells it, “Hey, raise the thermostat. “Change the set point higher.”

So, instead of your normal body temperature of you know, on average of 98.6 or so, let’s bump it up. And this effect, again, these chemicals are usually in the response to immune system encountering something that’s causing inflammation. That’s a warning saying, “We need to do something.” Now, it turns out, pretty much anything that walks, crawls, flies, or swims on the planet, lots of animals, over millions of years of evolution, mount fevers in response to infection. And so this is something that’s been around for a long time. But, for some reason, when humans get fevers, they end up with the other associated effects of high temperature and the cytokine production, so joint aches, muscles pains, weird, crazy dreams, hallucinations, increases in metabolic rate, oxygen demand, everything gets ramped up, headache, and if feels terrible. So physicians for a long time, and all of us in healthcare, especially nurses too, they see a fever, “I need something.”

Here’s an order for Tylenol. Let’s give acetaminophen, Tylenol, and let’s treat the fever. Let’s give Ibuprofen, nonsteroidal antiinflammatories. Let’s give aspirin if it’s an adult. Let’s give corticosteroids like Dexamethasone, prednisone, can also reduce fever by, again, inhibiting these particular chemicals that the pyrogens, the fire generators that tell the hypothalamus raise the temperature. But the question is, are we doing more harm than good? Or, at worse, are we doing no service to the patient?

And people like Paul Offit, who’s been on the show, are in the camp of let it ride, when it comes to a fever. Now, let it ride means the fever’s there for a reason. Why are we stopping it? Now, Paul points out that neutrophils, which are white blood cells, part of our immune system, function better at higher temperatures. B cells that make antibodies seem to function better at higher temperatures. There was a randomized controlled trial in 2005 that showed that in ICU patients that are very sick a very aggressive strategy of cooling with acetaminophen and cooling blankets versus a more permissive strategy where you only treated when the temperature got above 104 fahrenheit, it had to be stopped early, because there were so many deaths in the aggressive treatment group. Now again, it’s hard, these are smaller trials, it’s hard to extrapolate, but what you didn’t see was that treating the fever had better outcomes.

And it turns out that in 2015 they did another trial in the ICU that really showed no benefit to treating a fever with acetaminophen, no harm, but no benefit either in ICU patients. So this evidence is emerging that maybe what we’re doing is not very helpful, and we love to intervene in medicine, doctors in particular love to do something. They want to make their patients feel better, but the question is, are we just prolonging illness? Now with vaccination, what you’re doing is you’re telling the immune system, “Hey, here’s the compound you need to be immune to. “Learn about this thing, so that when it comes back, “in reality, you’re ready to go.” So if you start mounting a fever to the vaccination, that’s probably a good sign.

Paul Offit argues, and he’s, probably we should listen to him, because he co-invented a rotavirus vaccine, and he’s a vaccinologist and really knowledgeable on this stuff, and he’s also very loathe to do things to patients that shouldn’t need to be done. And he says, “You should let that fever ride, “because it allows the immune system “to have a better response to the vaccine.” Now, when they did the trials, they let people treat with acetaminophen, and particularly if you’re pregnant, there’s a caveat that there’s some observational data that fevers in pregnancy may not be associated with better outcomes. We don’t know that it’s causative, but still, treating with acetaminophen, talk to your doctor when you have a fever during pregnancy, may be be appropriate. There’s other caveats. If you have a traumatic brain injury, and the goal is you’re trying not to use too much oxygen in the brain.

Well, fever raises the metabolic rate and the oxygen demand. So that’s a no-no in acute brain injury. And there may be some other conditions where of course, it’s non infectious, and so, you don’t, that fever is not adaptive. It’s something else like a thyroid storm, an endocrine problem, serotonin syndrome where things are going haywire, and the temperature’s going high. Well, in those cases, maybe treating temperature elevations may be a good idea. So those are the kind of caveats, but in general, managing a fever by just trying to be as comfortable as you can and letting it ride may well be the way the pendulum should shift. Now one caveat to this, a lot of parents really get scared when they see something called febrile seizures in children.

This means that the temperature rises rapidly, and the child has a seizure, and it’s due to having a fever, and they think it’s a rapid temperature rise And people go, “Oh my gosh, “we gotta treat these fevers in kids, “because I wouldn’t want my child “to have a febrile seizure.” The truth is though, seizures are benign. They don’t cause any lasting harm. They don’t lead to epilepsy, and treating them with acetaminophen has not been shown to prevent their reoccurrence. So, it’s yet another reason that treating fever may not be the best answer. So, at this point, I’m gonna say, if it were me, and I had a temperature, and I had coronovirus or I got the vaccine, I’m probably not gonna treat it.

Now, in the trials, they let people treat it, and so the data on efficacy for those vaccines is actually in a group that partially at least, treated their fevers if they had a fever to the vaccine. Not everyone gets a fever to the vaccine. And so again, whether you do or not, it’s probably not the end of the world, but I think it’s worth thinking about this stuff. And it’s worth always in medicine, in healthcare, in our practices, looking at what we do and going, “Hey, is what we do helpful, “or is it harmful, or does it have no benefit?” And if it’s not helpful, and it is harmful, or it even has no benefit, we need to stop doing it, especially by reflex based on more emotional intuition than actual science. All right, guys, I love you. Share this video, and we are out. 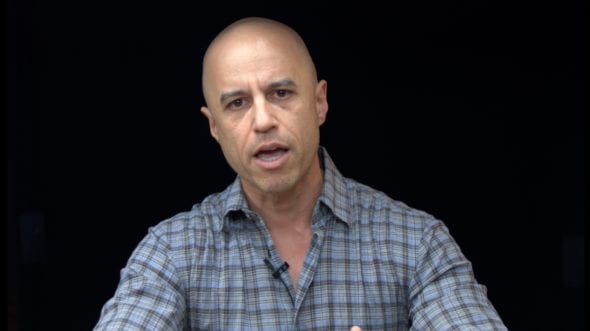 Time To Stop The Bleeding 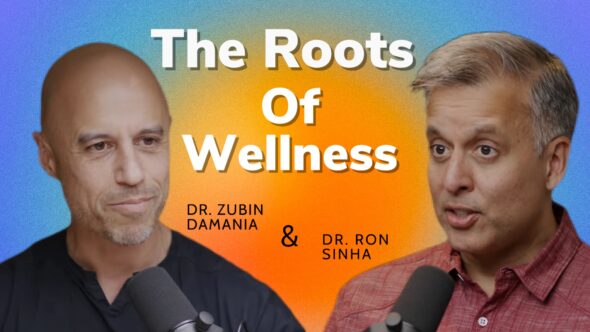 Treating The Root Causes Of Our Suffering (w/Dr. Ron Sinha) 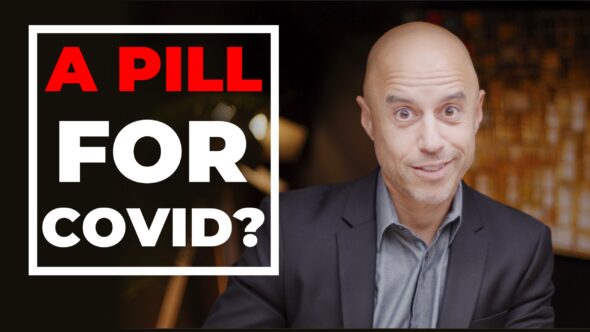 A Pill For COVID? Molnupiravir Explained 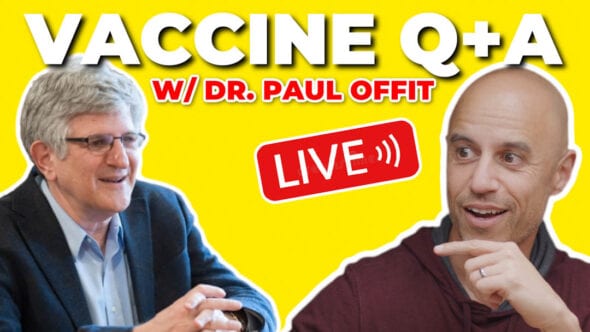