Here’s what you need to know about the use of aborted fetal tissue cell lines in vaccine development.

Hey, guys, what’s the deal with aborted fetal tissue in the Johnson & Johnson vaccine? It seems like everybody’s talking about that right now, including Catholic bishops. The Catholic Church is really big. There are a lot of members who have expressed concern directly to me, “I don’t want a vaccine that involves aborted fetal cells.”

So let’s talk about what exactly is going on here and how you can think about it better. So the first thing you’ve gotta realize is in biomedical research, we often use these things called immortalized human cell lines. What that means is you take a line of human cells and you allow them to replicate indefinitely. Effectively, they become immortal.

They live forever. And they’ve been gotten from various different sources. There’s actually documentaries on these. But recently, in terms of vaccine development in particular and drugs that treat rheumatoid arthritis, cystic fibrosis, hemophilia, other drugs, they were developed, tested, manufactured using some of these immortalized cell lines that were originally derived from elective aborted fetuses from the Netherlands in the ’70s and the ’80s. So what happened was they took cell lines from, say, an 18-week electively, legally aborted fetus.

Now, again, whatever your opinion on the morality of abortion is, this is just the facts that are here. They took these cell lines and they allowed them to replicate in Petri dishes. Generations and generations, thousands of generations out. Effectively, the sacrifice of this fetus, this fetus is now immortal in terms of their cells and those cells are standardized and predictable and stable and so they’re used in biomedical research whenever you need to do something that involves human cells.

And with vaccines, the rubella vaccine, the chicken pox vaccine, the hepatitis vaccine, the shingles vaccine, they are developed and produced using some of these immortal cell lines as well. Now, one thing to remember is with those vaccines and with other drugs that are used, no cells from the original fetus, in other words, original aborted fetal cells, actually are in any of these medicines because remember, you took a few cells, you allowed them to replicate over thousands of generations and decades, and they’re so removed from the original fetus that it’s not like you’re using actual aborted cells from the fetus.

So that being said, the Catholic Church has weighed in, the Vatican has weighed in on this in the past and has said, “Okay, we consider it not morally great to use aborted fetal tissue for anything, but in the case of vaccines, the benefit and the health and the positivity of the vaccine way outweighs the moral compromise of the source of the fetal tissue used in development,” okay? So they’ve already said that. Now, with the new coronavirus vaccines, here’s the deal.

The mRNA vaccines, the Pfizer, the Moderna, they do not use fetal cell lines, these immortalized cells lines, in their development or production. They have used them to test and see if the thing actually works. So that’s like more on a research side, but not in the development and the production. So those you can kind of fully remove from this conversation and if you’re very concerned, if you can get access to those, get access to those.

But the Johnson & Johnson vaccine, which is very promising, single dose, emergency use approved by FDA now, doesn’t need this high level of refrigeration, and has really good response that seems to grow the longer out from the original injection, it uses an adenovirus vector to inject DNA that codes for the spike protein, teaches your cells to make the coronavirus spike protein that you then mount an immune response to, really an effective strategy, that is developed and produced with the assistance of these cell lines. And so some US bishops have said, “Well, this is morally compromised.

Therefore, if you have a choice, you should choose the vaccines that don’t use those strategies.” But if you don’t have a choice, they’ve said this, then you should take the vaccine that’s available because that’s the greater good. And this is my take on it. So first of all, I want you to understand there’s no aborted fetal tissue in the vaccine themselves. So that disgust response that you would have if that were true, I would have it as well, you can take that away. But the truth is, here you had the sacrifice of these fetuses in the past, decades ago in the Netherlands.

Their cells are now immortal and they are giving a gift to all of humanity in a way that most of us would be lucky to be able to do. To use a biomedical product that was derived from that sacrifice, to me, honors the sacrifice. And I think that if I were making a decision, that would not factor into it for that reason, right? I would look at what’s the available vaccine right now, because they’re not all available, and are they effective and safe? And all of the options currently available now are. So share this with someone who’s concerned.

I know a lot of Evangelicals, Catholics, and people who are very concerned about abortion have raised this issue and have sent me messages and let’s respect where they’re coming from and say, “Well, here’s the information. Now you can make your decision,” all right? So share this, I love you guys, and we are out, peace. 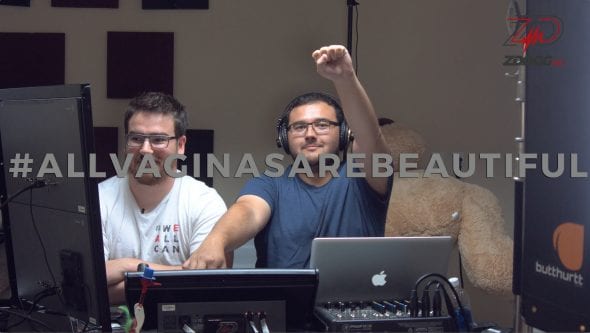 You Can Take Our Foreskin, BUT YOU CAN’T TAKE OUR FREEDOM! 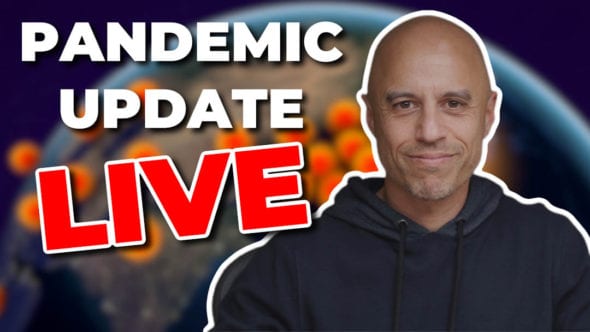 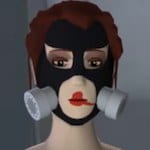