There just might be a prudent, safe, and economically viable exit strategy from the COVID-19 lockdown. But will anyone listen?

Here’s the STAT News article I referred to in the video.

And here’s all our COVID-19 coverage.

Hey guys, it’s Dr. Z. It’s our nightly COVID update. Okay today, I wanna talk about what Trump said today, which is he wants to start America up again by Easter. And everybody’s losing their mind. This is hyper politicized. People on the front lines in healthcare are like “You don’t even understand what’s going on. “This is catastrophe.” In New York, they were gonna run out of ventilators. They’re seeing surges. Hospital workers are getting sick. Nobody has PPE. Nobody’s complying with the draconian measures that are already in place. We’re all gonna die, right? If you believe everything you see on TV and everything you read, you might actually worry about that.

But here’s what’s actually going on, because rationally, we can look at this and scientists are starting to look at this. Now, it’s not wrong, it’s wrong to politicize anything. But it’s not wrong to actually ask, well what is the next step in this? Okay, if step one is control the numbers of cases so that we don’t overwhelm the hospitals. At this point in the United States, we’ve already let that go so far, without doing aggressive intervention early on, that now we’re in a stage where we have a lot of cases. We have to get that under control and the only way, at this point to do that is gonna be doing as much social distancing as we can, hand washing, quarantines, closing down travel, those kind of things that we’re doing. But there has to be an exit from that because you cannot destroy the economy and expect no health and well being consequences from that. Those are gonna be devastating long term. Plus, this is America. People just aren’t gonna comply for that long.

They’re just not, let’s be honest with ourselves. So if that’s the case, looking at the science and there was a great article in Staten News today that I’m gonna link to in the comments, looking at the science, people are now looking at this going, wait there are potentially exit strategies, off ramps from our aggressive measures that can happen and they work like this. In South Korea and Singapore where they looked at this data, and in Wuhan, where now we’re seeing a decreasing cases. The original Imperial College of London studied, they kind of looked at this, it freaked everybody out. It says we’re all gonna die unless we do aggressive, draconian measures for 18 months with only a few breaks in between, they’re now even Imperial Colleges looking at that, looking at the Wuhan data and saying, ah actually, limited return to function can work after the initial aggressive response and you lower the number of cases. And then they looked at Singapore and scientists are looking at Singapore and South Korea and going, well what did they do that tamped down the cases that we could then deploy in our second phase of attack on this thing. And they’re the following.

Aggressive testing, finding who is sick, isolating all their contacts, tracking them down and quarantining them. And making sure the hospitals are not transmitting disease, which means the things we talked about in our previous show. Social distancing within hospitals, the appropriate level of PPE for what you’re doing and extensive testing. Separate wards for respiratory patients, that sort of thing that we talked about. So if you do those simple things, it turns out they were more effective than blanket travel bans, than closing the schools, and those countries didn’t actually have to do as much of that and they had decent success in the first wave. Now the second wave, we can talk about. But the first wave was quite succesful. Now what does that imply for the US? Quite a few things. Once we, if we comply with the social distancing, the hand hygiene, the cleaning of surfaces, the kind of procedures that we’re trying to go through now, we’re gonna have a wave of infections, making sure our hospital staff are resourced and safe. And we’re taking care of that so they don’t amplify the problem and don’t get sick themselves. If we do that correctly, the next phase will be once the cases come down, you can actually start to employ the methods that worked in South Korea and Singapore and that means this. Now when you have cases, you track down everyone that person came into contact with. Now that sounds like it’s really hard.

They did it in South Korea and Singapore. And you can do it with technology. So there are apps that can track fevers and vital signs and different things like that. And in fact, we’re gonna have people on the show the next few days, talking about some of this technology. If you train people, how to recognize symptoms and get tested, which means you’ve gotta spin up testing. Now we have to do that. We have to focus on that in the US so that we can start to develop this off ramp strategy where we’re really testing people that are highest risk. Grocery store workers, people who contact lots of people, so called super spreaders. If you do that, healthcare professionals. If you do that, then you can do selective two week quarantines for those individuals, which means start to open the schools. Start testing people who might’ve been exposed already for antibodies that would imply that they have immunity. They can go back to work, safely. Start to selectively open channels.

And spin the economy back while being hyper vigilant to the number of cases which are now more controllable. And keeping it from going out of hand. Now an ally on our side in doing that is the warming weather that happens as spring and summer comes. There is a feeling, and again, this isn’t total consensus but, coronaviruses don’t do well on surfaces in warm temperatures, which means there may be slowing of spread in the summer which allows us some catch up time to do the aggressive measures to tamp it down without keeping a complete lockdown on the economy. Kids at home, lives destroyed. So this is very encouraging. But it’s only gonna happen if we have the will to do this, which means, we have to science the crap out of this. We have to make sure we get the first phase right because again the horse is out of the barn, which means if we don’t comply with the social distancing, by the way, the Imperial College of London study did not take into account what happens when people individually take measures, like hand washing and things like that to slow the spread.

Self isolation, other things like that. They didn’t take into account when you do massive testing, like happened in South Korea that then identifies contacts and you selectively quarantine. Those things weren’t factored into the model and so you get catastrophic results. We don’t have to do that, okay. Once we get this first wave, which we’ve been talking about video after video. Once we get that under control, we have a potential off ramp and it may not be that long before we can start to employ these measures if the dynamics that we see in these other countries apply and there’s not a great reason to believe that they won’t unless we really screw it up, which we’ve had a tendency to do. So the call to action is this. Okay. Let’s continue to science the crap out of this. You better frickin’ comply with what they’re telling you to do right now. Because if we don’t, we will never get the cases down enough to be able to loosen the measures that we’re taking now and target the measures that I’m talking about, right. Aggressive testing, testing for antibodies, sick contact tracing. Oh, and the other thing is, if we’re gonna use apps to track people, and their disease manifestation so that we can better get a control of this, you’re gonna have to sacrifice some privacy. Sorry if that’s a trade off. And if you don’t think you haven’t already sacrificed privacy to the NSA, to Facebook, to Google, then you’re already deluded. Privacy doesn’t exist. So let’s just embrace that.

Because honestly, if you’re asking me, I would sacrifice some of that. They can know about my herpes and my syphilis, that’s fine. As long as we’re keeping the masses safe, the economy going, lives saved and my front line healthcare worker colleagues safe, and un-overwhelmed and un-destroyed by this. Alright? So we gotta start raising this with listening to the scientist and feeding it back to our leadership. Front line healthcare workers need to stay safe and resourced so that they can handle this first wave. And then we need to spin up our public health apparatus so that we can actually prevent the second wave because there’s no reason to believe that this is not gonna keep coming back if we’re not constantly vigilant. So that being said, one way you could help right now is to share this video. Leave a comment. Subscribe to YouTube or Facebook. Click the little bell on YouTube so you get notifications ’cause we’re gonna keep telling it like it is and this week, we’re gonna have a series of guests that are doing really cool things to help fight this COVID pandemic. And these are the bright spots that we wanna shine the light on. All right, guys. You know I love you and I love my supporters on Facebook and YouTube that help pay to support the work that we do. It means so much to us. I love you. Stay safe out there and we will beat this thing. We out. 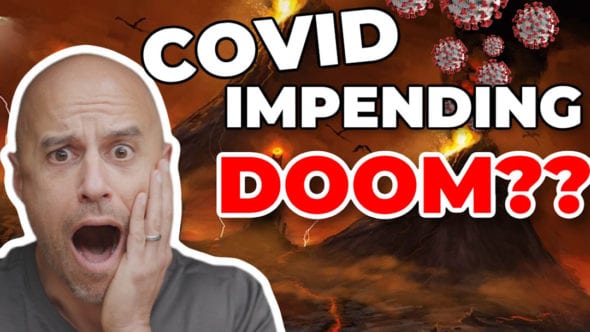 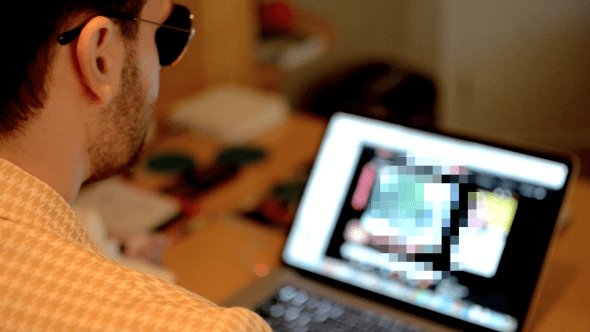 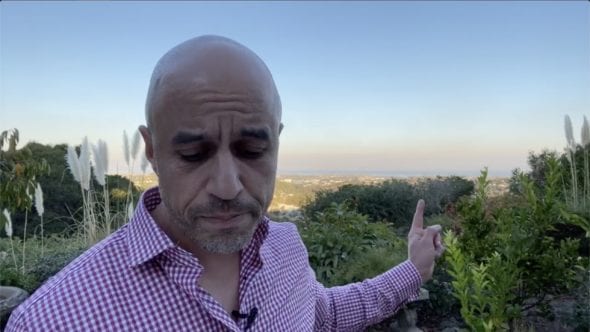 Leaving Our Patients In The Dark