The internet’s been lit up regarding recent COVID-19 death statistics from CDC. But here’s what they actually show.

Here’s our prior piece on excess death rate and whether COVID-19 deaths are over-reported. And here’s the CDC dataset in question.

Hey everybody, Dr. Z. Okay, I came here for this live broadcast back today because so many people are talking about this CDC data that just came, well, was just tweeted out by the president and then removed by Twitter for being fake information. And it has led to a storm of misunderstandings about what this data means, and worse yet, we’re really getting to a point where we’re just absolutely becoming scientifically illiterate.

So, what I wanna do is quickly explain what’s going on, so you can make your own decisions about what you think about this. All right, here’s the deal. What happened was, CDC released death certificate data for about 160,000 deaths that included COVID-19 on their death certificates. Now, any medical professional who fills out death certificates, understands kinda how it’s done. You list the main cause of death and then anything that contributes.

Now, here’s what happened. What CDC did was, they put all this out and they said, listen, 6% of all the fatalities that listed COVID-19 somewhere had only COVID-19 on the death certificate, meaning they didn’t list anything else. And the way that was interpreted by people online, who have a particular agenda, they don’t agree with the way this is being handled, they think that the lockdowns are too severe, they think this thing is a hoax, whatever it is, the way it was interpreted is they said, well, this is crazy. It means that people have all these other medical problems that are listed on the death certificate. They’re dying of those, and it just so happens, they also have COVID. So, they’re dying with COVID, instead of, of COVID. And that 6% is the true death rate, 6% of 160,000, or whatever that is. So, it’s vastly smaller, much less serious. Why are we doing all this? It’s a hoax and the CDC admits it in their data.

Just stop for a second. I don’t care what your politics are. I don’t think… if you disagree with what’s happening and lockdowns are bad and master damn, and all that, look, I actually am sympathetic to you. But what I’m not sympathetic to, is misunderstanding the science in the simplest form. Anybody who put that information out there saying, look, needs to be understood as a completely uncredible source of anything having to do with medicine ever.

And this is why, 6% of the death certificates said, COVID, and that’s it. Now, that could mean that the people filling out the death certificates weren’t complete, they didn’t put all the other stuff, or COVID-19 was the only thing they had and there were no other comorbidities, other diseases that the person had and they truly died purely of COVID. And that’s a real tragedy because we don’t typically see that unless you’re quite old, which was the majority of deaths, by the way, older people. Alright, great, next.

What about all these other things? Well, just because you have diabetes and hypertension doesn’t mean those killed you and you also had COVID, the opposite is most likely true because we know this from the basic physiology of how COVID works. It tends to affect people who already have other diseases like diabetes, hypertension, obesity, lung disease, immune compromise, cancer, things like that. And those people are particularly vulnerable to the effects and they tend to die of the COVID because of their comorbidities, not WITH COVID and dying of the comorbidities. So, that’s already one distortion of this. These are comorbidities that allow COVID to kill you, in most cases.

Now, in some cases, absolutely people were dying of something else, accidents, if it’s listed as an accident or something like that. Yeah, you died of the accident and you also tested positive for COVID. That’s means the tests are very sensitive. You were asymptomatic or whatever, and you died of something else. That’s a small percentage of the people, but here’s the worst part of it. Some of these comorbidities, were things like adult respiratory distress syndrome, respiratory failure, pneumonia, cardiac arrest. And so, the people would have you believe, oh, yeah, they died of those things, not the COVID. Ding-dong! That’s what the COVID causes! That’s why it’s listed on the death certificate, because you had COVID and it led to respiratory distress, adult respiratory distress syndrome, respiratory failure, cardiac arrest and death. That’s often how we fill out those death certificates. You list the major contributors to the demise of the patient.

So, and if you don’t believe that, if you still think, ah, no, this stuff is falsified, people are just putting COVID on the death certificates. look at the overall excess death rate in the country. And I did a video on this already. The number of people that are dying overall of any cause, versus the number you expect to die, based on previous years, at the same time of year, we have a huge excess mortality that actually exceeds the number of documented COVID-19 cases. Which means either we’re under counting COVID or there’s other things due to our lockdowns that are actually costing lives.

Which brings me to this, here’s the thing. This has become so politicized, and this is what I wanna say to people who want to believe this data means that we’re over counting stuff, you don’t need to believe that to still feel that the response is worse than the disease, that the number of deaths did not justify what we’ve done to the country, in terms of lockdowns, changing our freedoms, destroying our cultural fabric, increasing substance abuse, alcoholism, a lost generation, who’s not getting educated, mostly poor people. The economic destruction that’s destroying businesses that’ll never be the back. You can still argue those things based on those principles without lying and distorting data, you don’t need to. You have enough of a leg to stand on, to have a civil debate, but we don’t do that, we politicize everything, and the worst part of it is, what does Twitter do?

They delete the tweet and say, it’s misinformation. Good going. You think then that the people who thought it was true are gonna think it’s less true because Twitter censored it? Let the tweet be out there. If the president wants to retweet it, let him retweet it, and then let everybody go, well, this is actually what’s going on. That’s how you have a dialogue, you don’t ban the tweet. It’s insane, you guys, we’ve gotten to a point here where I had drive in to do this because I knew if I waited another second, I was just gonna get a thousand messages, hey man, have you seen the 6% CDC data? Yeah, man, I saw it.

Did you actually look at the data? Did you look at the actual chart? ‘Cause if you did, if you’re anywhere in medicine, you’d be like, oh, yeah, that’s not what they think it is, it’s what I said.

All right guys. So, I’m begging to you, let’s do the science right. Let’s understand the science right. There’s a lot of science that’s gray, and we can argue back and forth and good people will argue on all sides of the political spectrum. Good people on all sides of the political spectrum can argue about how we take care of this problem, how we address it. If it’s an iceberg and the tip of it is the deaths, you can argue that the rest of the iceberg is important too. That’s fine, make that argument. Don’t misrepresent data and make yourself and your opinions look stupid, because that’s what it does.

It really riles me up because this is simple, simple, simple science, it’s not that complicated. And we’re slave to social media, what they’re feeding us, all of this, we need to start to think critically using the skillsets that we can easily develop with a little bit of training. All right, guys, I love you. Please share this video. Don’t put a political spin on it. Just share it and go, here’s a way to think about this critically, no matter what side of the political aisle you’re on. I love you guys, have a great rest of the Sunday, and we are out, peace. 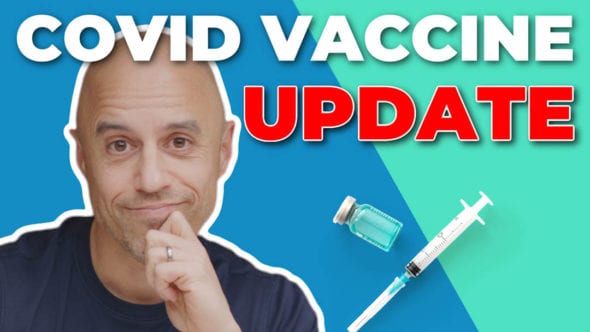 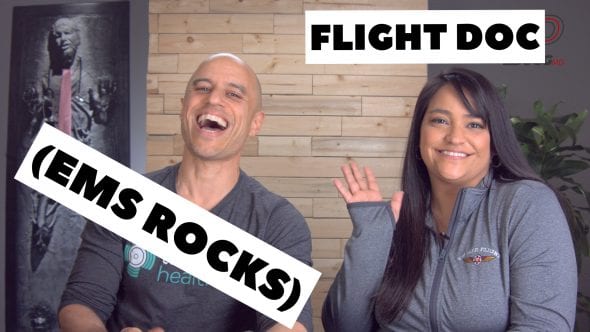 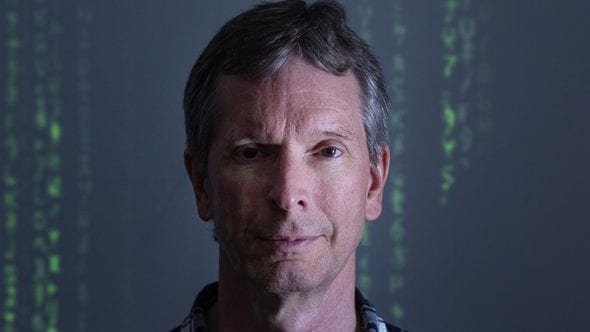 What If We’re Wrong About Reality? w/Professor Donald Hoffman 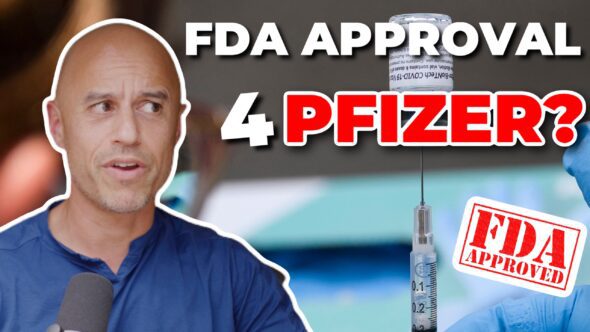