We should be ENCOURAGING and answering vaccine questions, not shaming the people asking them. Here are three big vaccination myths, explained.

Here’s an earlier piece we did on antibody dependent enhancement. Here’s a thing on VAERS. Here’s a piece on vaccine “shedding.” And here’s a deep dive live show I did on many of these topics.
Full Transcript Below
Donate Now

– [Zubin] Hey, guys, Dr. Z. I wanna talk about the three top myths that I see with coronavirus vaccines and kind of debunk them. But before I do that, I wanna say this. You’re not wrong to question the safety and efficacy of new vaccines. You’re not wrong to be concerned about mandates that seem to infringe on your liberty, right? You’re not wrong to worry about the influence of Big Pharma on its own regulatory body, the FDA. These are good questions.

You’re being rational and you’re being correct by asking them. So anyone who tries to shame you for being hesitant about the vaccines, all they’re gonna do is cause you to go, “Wait, no, no, no.” And you’re gonna go seek some degree of truth or validation in what you’re concerned about, and it’s gonna push you right into the arms of the people that are selling these myths online, these so-called scientists and experts and so on, which are not really, all right? So one piece is stop shaming people and just share information. Let’s have the discussion, and let’s respect people for asking good questions. All right, here are the three myths.

The first is that the Vaccine Adverse Event Reporting System, where people can actually put in evidence of any complications they’ve had from vaccine or anything they think is related to vaccine, is chock full of evidence that the vaccines are causing tremendous harm. Deaths, Bell’s palsy, neurologic problems, blood clotting, the whole spectrum of things is in VAERS in large numbers, and this is evidence then that the vaccines are causing massive harm. Well, it turns out that’s just not true and let’s explain why. The Vaccine Adverse Event Reporting System is designed for anyone, both healthcare professionals and not, to report anything that happens after a vaccine has been given. In normal years, people often don’t even associate like random minor things with the vaccine because it’s really not even on their radar. But now, we have an extraordinary year where the entire universe has focused on these vaccines.

So yes, people’s sphincter tone is very tight. They’re gonna report every single thing, right, which is good because you want to figure out where the signal is and where the noise is. So you get every single death is reported, all the other weird stuff that happens to human beings is reported. The question is do the vaccines cause it? By the way, I don’t think there’s a lot of fraud in VAERS. I don’t think people are intentionally misrepresenting, because it says quite clearly on there you could be prosecuted for doing that. I think it’s a very small piece of it. So what is happening though is in a population you would expect a certain number of deaths, a certain number of Bell’s palsy, a certain number of miscarriages, a certain number of clots. And it turns out if you actually look at that data with epidemiologic tools, which they have, there is not an increased association between vaccine and those conditions. Those things would have happened anyways. People are just reporting it because it’s on their radar. So what does that mean? Well, it means that we actually have caught things that are exceedingly rare, like the blood clotting with Johnson & Johnson, like the myocarditis with the mRNA vaccines.

The system works. When you separate the signal from the noise, you can actually go, “Oh, you know, that is higher than what we would expect,” right? But it’s not with things like death and miscarriage and clot, you know, blood clots with the mRNA vaccines and neurologic problems and all these things that people say, “I got the vaccine and then I got this.” Yeah, yes and, but they’re not causative, right? So that’s a huge myth that’s freaked a lot of people out man. “I don’t wanna take a vaccine that’s associated with all these complications.” The thing is it’s not. Correlation does not mean causation. Okay, that’s a major myth that feeds into the other two myths.

The second myth is this thing that spike protein is toxic. It accumulates in organs like the ovaries and in the heart and in the blood vessels and in the brain and it’s gonna cause terrible complications. And the vaccines cause your body to produce spike protein, therefore, the vaccines are toxic. So the people who have been spreading this mythology are preying on people’s lack of understanding of, first of all, what’s actually happening in the world and the basic science of this. It turns out that we’ve administered now hundreds of millions of doses of the mRNA vaccines, and tens of millions of the Johnson & Johnson, AstraZeneca vaccines. We have not seen, and that relates to the VAERS piece, we have not seen evidence of spike protein toxicity in the real world, we just haven’t. Doctors would be freaking out if we saw this. And by the way, people who think doctors just knee jerk, accept everything pharma gives us, don’t understand doctors.

These datasets are massive. So that is just absolute myth, and anyone who perpetuates that myth, you should question their credibility on anything else they say, because that’s a fundamental error that can be debunked just by looking in the real world. The third myth that can be debunked just by looking in the real world is that the vaccines are making the disease worse through something called antibody-dependent enhancement. Now, ADE is where you produce antibodies to a target pathogen like a virus, but those antibodies, instead of neutralizing the virus, actually cause it to be taken up by cells and make the disease worse, so non-neutralizing antibodies. And it turns out that there’s precedent for this. So the dengue vaccine, dengue virus vaccine can do this in some cases. And early attempts at an RSV vaccine in the ’60s did do this. So it’s on the radar of every vaccine developer in the universe.

And in fact, we were talking about it in March of 2020 with Peter Hotez on our show that antibody-dependent enhancement is something that has to be overcome when you’re looking at these vaccines. So guess what? They did look at it and they continue to look at it because what would you expect in the real world if ADE was a real thing with these vaccines? That vaccinated people would be getting more sick than unvaccinated people from coronavirus infection, because we know they can be reinfected. They would fill up the hospitals and they’d have tons of complication at a higher rate than vaccinated people. What do we see in the real world? The exact opposite. It’s the unvaccinated that are getting deathly ill, some vaccinated people, because there’s always can be vaccine failure, but it’s the unvaccinated that are filling up our ICUs, that are causing healthcare professionals to pull out their hair and burnout. It is the opposite of what the people who are advocating that the vaccines are making things worse is what’s actually happening. And what they’ll do is they’ll keep moving the goalpost, “No, it’s gonna happen later, it’s gonna happen later.” Okay, we’re looking for it, believe me, okay?

So those are the three top myths and it turns out they’re all myths. So what’s the punchline here? The punchline is you’re not wrong for questioning vaccines, you’re not wrong for being hesitant, you’re not wrong for asking questions, you’re not wrong for caring about your health and the health of your family, you’re not wrong for mistrusting pharmaceutical companies that do direct-to-consumer advertising and have horrible marketing and business practices and do have some degree of regulatory capture with FDA, absolutely, medical devices, by the way, are worse. So you’re right. You’re right to question that. Once you question it, you need to look then at the answers, and I’ve just given you three answers to the myths. So what do I do? My family’s vaccinated. My 13-year-old is vaccinated. My parents are vaccinated. I strongly advocate you get vaccinated. Why? If you haven’t had COVID. If you have had COVID, you could probably get at least one dose as a booster, but you don’t have to, right? This is what I think. I think that every single person who has not been infected with COVID who isn’t vaccinated has a date with the coronavirus. They will get infected eventually.

So you have to decide. It’s your choice. I hate mandates. I hate coercion. All it does is push people to react when their freedoms are threatened to run into the arms of people who are peddling the exact misinformation that they want to hear because they’re right about their freedoms, right? So this is what I think. You don’t need to mandate. Just teach people. You have a date with coronavirus or you have a date with the vaccine. And even if you get vaccinated, you may still have a date with the coronavirus, but your risk of dying is vastly lower, okay? So that being said, what would you choose? Getting naturally infected with a virus that came out of a bat in China, that’s gross, or worse yet, a lab in China, even grosser. Who knows what the answer is? Who cares? It’s gross. So you either get that where we know there’s terrible effects that could happen, right? Everything from myocarditis, blood clots, all the things they say, miscarriages, all the things they say the vaccine is causing. 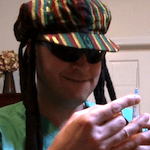 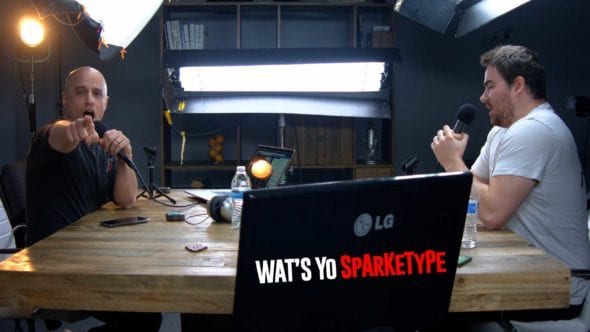 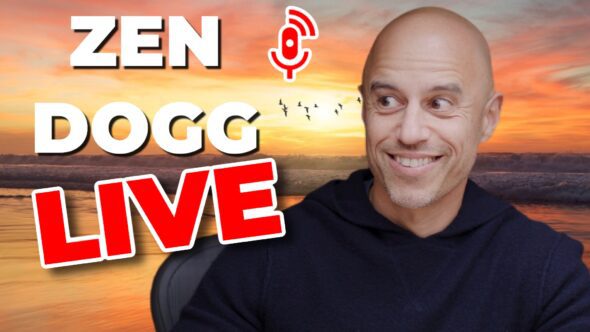 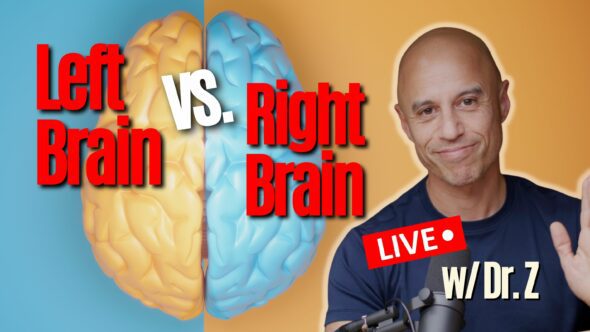 Left Brain Vs. Right Brain & The Future Of Humanity