Dr. Christopher Duntsch seemed to be a successful neurosurgeon in the Dallas area. But little did his patients know, 33 of his 37 prior patients suffered almost unheard-of complications from his surgeries (think permanent nerve damage, paralysis, and DEATH). 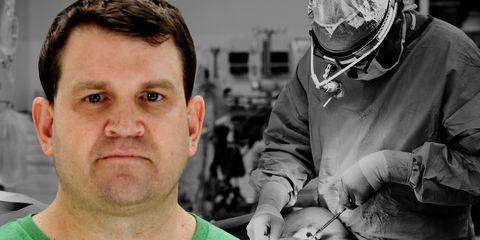 There are supposed to be multiple levels of safeguards protecting patients from doctors like this. So how did he continue to practice? Before he was sentenced to LIFE IN PRISON, multiple things went wrong.

Two facilities failed to report him to a database run by U.S. Health and Human Services that warns future employers about problem practitioners. Injured patients had a difficult time finding attorneys.

It took more than six months and multiple catastrophic surgeries before anyone reported Duntsch to the state medical board, which can suspend or revoke a doctor’s license. Then it took almost another year for the board to investigate, with Duntsch operating all the while.

Check out the rest of the story in a ProPublica article here. Or listen to the podcast series on iTunes.

One takeaway for me is that this guy is a criminal and is not a surgeon. Duh.

But here’s the part that no one talks about. There are a ton of medical practitioners who are simply not that good (or WORSE). In many ways, that’s scarier than what this guy did. Patients have no idea who is dangerous and who isn’t. And how are they supposed to know? The American Board of Internal Medicine makes docs jump through painful, time-consuming and expensive hoops for recertification with no evidence that it prevents this sort of thing at all.

These providers continue to practice partially due to the stagnant, hierarchical culture of medicine. Healthcare workers are afraid to report colleagues because of the stigma and the fear of retribution. But isn’t it DOING HARM to know that someone is incompetent? Or abusing substances? Or has untreated mental illness?

What Can You Do?

We owe it to ourselves and to our patients to hold each other accountable. So what do we do when a health care professional needs help, but won’t get it? You can check out a video I did on this topic here with ZDaddMD and ZMommMD.

Meanwhile, ZPac, this is your call to action. Many of us know the bad actors in our work spheres. Report those who are unsafe if they refuse to get help. It’s our duty to our patients and our professions.

Check out the original video here on Facebook, and make sure to share this with your coworkers and fellow healthcare peeps. Full transcript below!

This episode and most others are also available as audio podcasts! Check it out on iTunes and SoundCloud and please leave a review, it helps a lot!

– Hey everyone, it’s Dr. Zubin Damania. Okay, check it out, a lot of people have asked me to listen to Dr. Death, a podcast by Wonder Spirit or Wonderwall or some company. I listened to the first episode and it sounded overproduced with a lot of dramatic music, so I couldn’t listen to the rest, but I got the basic premise.

This guy, Dr. Duntsch, spine surgeon, is a butcher, a psychopath, a murderer, and a maimer of human beings, should never have been allowed to practice and should have been stopped much earlier, before he destroyed the lives of multiple patients. The takeaway for me was, well yeah, this should have been stopped, this guy’s a criminal, and he’s not a surgeon by any stretch of the imagination in terms of what he did to these poor people. But here’s the part that no one talks about.

Everybody’s up in arms, like, he should have been stopped. What they don’t realize is, short of the psychopathic murderer, there are a ton, a ton of medical practitioners around the country who are just simply not that good. And in many ways, that’s worse. Because what happens is patients have no idea which doctors are actually going to be dangerously incompetent for their particular procedure or just not good or have lots of complications.

But you know who knows those things? The other healthcare people, the nurses, the doctors. If you ask them, well, who wouldn’t you let operate on you, or who wouldn’t you go to? They will tell you, without batting an eyelid, if you ask them, these are the doctors we call “007” in the slang, which is licensed to kill. We wouldn’t let them touch our dog, let alone our family member, and here’s the dirty secret.

Yet they continue to practice, why? Because of the culture of medicine. And I’ll tell you what I think it is. I think it’s because each of us is afraid that when the spotlight is shined on us and they look through our stuff, what if we did something wrong that we didn’t, you know, we didn’t know about? Or what if we’re not good enough? And people in glass houses shouldn’t throw stones. So I’m not gonna attack Dr. Smith over there, because then they’re gonna shine the light on me. Plus, culturally, it’s not cool to attack a colleague.

But here’s the thing, we are sworn to do no harm. It is doing harm to know that somebody is incompetent, is maybe suffering with substance abuse, untreated mental illness because it’s a stigma to talk about mental illness, or is just not competent and is doing more than they should be able to do. It is a stigma culturally to actually bring that to light.

Now, when you look at the Dr. Death thing, this was obviously over-the-top insane, should never have happened. But this is repeated on a smaller, yet no less devastating, scale all over the country every single day in every single hospital. I knew when I was training, I knew who the drunks were, I knew who the surgeon was who had all the complications, ’cause I would then have to consult on those complications. I knew the people I wouldn’t let touch anybody I cared about, and I didn’t refer to them.

But at the same time, I didn’t go to the medical board and go, I have these concerns, because then the light is on us. And it’s a deep shame, I think, that we have. And so, now I’m trying to right some of this by saying, listen guys, we need to, first of all, help our colleagues if they’re suffering with substance abuse, mental illness, et cetera. If one of our colleagues is one of these problem doctors, there should be a mechanism where we report to the board, where they can get more education, more guidance. And if that fails, then they have to be stopped. They can’t continue to harm patients. And we all, I’m looking at you, guys, everyone in healthcare, we all know this is true. Just like we all know that one nurse on the floor who’s dangerous, like, we all know the one, you know, outpatient doctor that we would never send our patients to, and yet, what do we do, guys?

We do nothing about it, it’s time that that changed. If you agree with me, hit share, hit like, leave a comment, leave a story, leave your questions, leave your concerns, tell me I’m full of it.

And if you really believe in our movement, join us as a supporter for 4.99 a month. You can have private conversations where we go into depth and have a lot of curse words. All right, guys, I love you, we out. 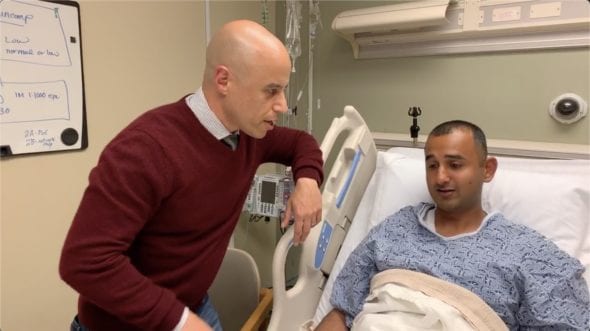 Virtual Care At The Bedside 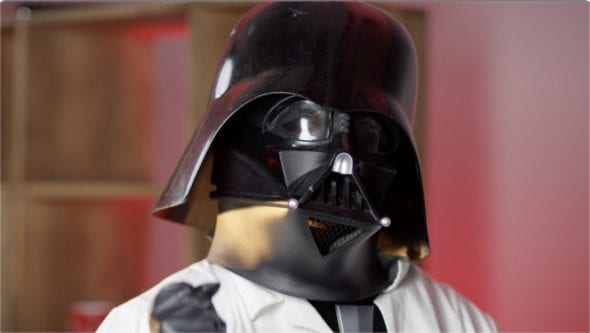 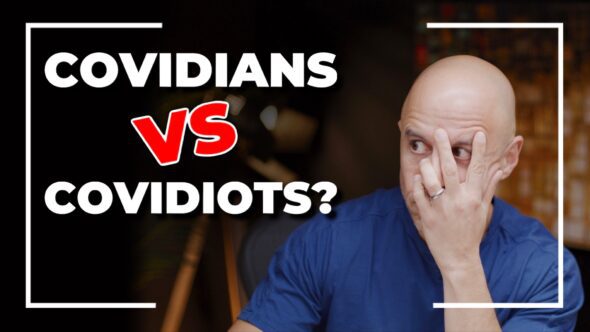 Covidiots Vs. Covidians? An Alt-Middle View 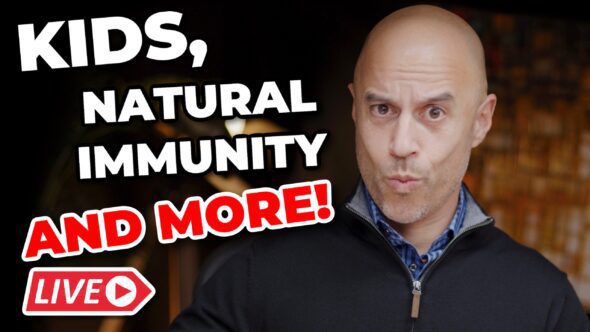