What do we do as healthcare professionals when WE get sick? The ZPac speaks.

Full transcription by a loyal ZPac member under the Lyrics tab!

Watch the Facebook LIVE version and check the comments, and make your voice heard! Also, here are those noise cancelling headphones I was talking about. 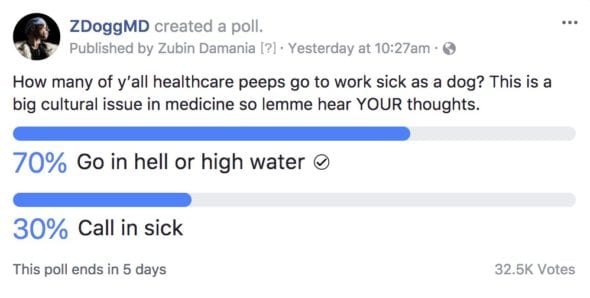 And want a limited edition ZDoggMD t-shirt or Zupreme beanie just in time for the holidays WHILE helping us fund our video production? Go here STAT and grab one before we run out again!

Please support us on Patreon with a monthly (or 1-time) donation! We will love you LONG TIME!

Shopping on Amazon? Click here and when you shop, you’ll automatically support the show!

Z: What up Z-Pac? It’s your boy Z dogg MD. Check it out I’m live and direct out of the Portland Hilton in Portland, OR. I’m so excited to be here. Getting here was a bit more difficult, but now that I’m here I’m excited because I’m speaking at the Kitt Saber (??) symposium tonight for the foundation for medical excellence and I posted about this a while back. Hopefully members of the Z pac that are Oregonians are gonna show up and represent!  Health 3.0 ya know what I’m sayin??!! But anyways the topic for today’s show is calling in sick to work. And let me tell you the circuitous way that I ended up at this topic . And I wanna start also with a little housekeeping.  Shop.zdogg.com is up and running. We ran out of “I narcanned your honor student” female shirts, but we’re going to get them back up hopefully soon. So we brought back the limited edition Zeezus shirt, so check that out. These are definitely great gifts for a Zpac-er or people you want to show that you’re super edgy and dope in healthcare for Christmas. And the thing is we take the revenue from those shirts and put it into a fund specifically earmarked for producing dope videos for yall.  SO any money you spend there, not only do you get a dope shirt, or give a present, but you get to actually support the production of future videos.  Including videos for PT, OT, social worker, case manager coming soon as well as RT. I know you’ve all been asking for it. EMS – we haven’t forgot about you either

Alright , so that being said, let me make sure we have sound so you all can hear me. Because sometimes that goes wrong. Let me tell you the story of how I got to Portland and why we’re talking about sick days. (Checking computer)  Hey we got it. There’s your comments.

I flew Southwest. And as yall know I love Southwest, but it is a cattle car. So I’m jammed up against the window right. And in come these , to sit in the middles in the aisle, and in come these huge people, they were a couple. And they are big. Big and I’m a little Z (??) . The woman sitting in the center was so big, that just the spread of her arms —it was like there was an elbow in my face. On top of that everybody on the damn plane is coughing and sneezing. The dude behind me sounded like he was gonna puke. My first elephant conditioned response is “What’s wrong with these people? Why are they traveling when they’re so sick?” Are they out to harm other people? Like this is a crime against everybody else on this plane. And then I took a breath and realized….wait a minute…we do it in healthcare all the time. We go to work sick as a dog on the regular. Sometimes it’s part of our culture of suck it up. Sometimes we have no choice because our employer or our group will not allow us to take sick days without a penalty. And sometimes we just don’t know how sick we are and we show up like idiots even though we’re in healthcare. It’s ya know, physician and nurse and PT and dietician – Heal yourself. So, it started getting me thinking this is what we should talk about today. So I put up a poll on FB. Let me get this thing up here, because you guys, you really like polls. I said, “Do you go to work sick as a dog from time to time, or do you call in sick?” and it was pretty clear what the answer was. We had 60,600 votes so far in 5 hours, less than 5 hours. And 70% of people basically said “I go in Hell or high water” doesn’t matter if I’m sick…and 30% call in sick.  Now this doesn’t surprise me because of my own experience in the hospital. And it doesn’t surprise me because there was a study or some data recently that said the vast majority of healthcare providers reported going in sick, even when they have a fever. Now in my entire 10 year career as a hospital doc, practicing at Stanford w/ my medical group. I never once called in sick. Once I called in because my wife was having a baby and my good friend Dr. John Kaniff (?) valiantly covered for me and took my shift even though he was off. And so I still am grateful for that. But I never called in sick. Now does that mean I wasn’t sick? NO! It means I had horrible upper respiratory stuff. Sometimes I had GI stuff and I would just go in and I would wash my hands fastidiously and wear a mask. But was that really keeping my patients safe? Was it in the best interest of the general health of the hospital and the patients? And of my own health and the health of my family, because the sicker I am the more likely I am to get them sick if I don’t have a chance to get better. But that was the culture of it. Because in my situation, if I called in sick, someone who was off. Like literally wasn’t working, a doctor who either had days off or was on vacation or something else, would get called in because no one else is there to see the patients. So it was just simply a question of “who do I hurt?” And then when I come back I’m gonna be disoriented -all the patients, and stuff’s gonna have happened  to them. So there’s all that stuff that goes through your head.

So I asked yall in the survey, give me comments. Let me have your voice. Because part of the purpose of this whole incident report platform is to give you guys a voice. So let’s do that. You guys had some great comments and I pulled some of the comments that caught my attention and I wanna go through them. Now the other thing I wanna say before I get into that. While I was on the plane I learned a way to cope w/ severe plane-related anxiety. Everyone’s coughing, I’m jammed into a corner, it’s claustrophobic. Remember when I did an incident report about meditation and this book I was reading, “The Mind Illuminated”? which btw if you go to amazon.com/shop/zdoggmd….that’s not complicated(chuckle)….it’s got a list of all my recommended books and gear and stuff. So this book’s called “The Mind Illuminated” , we were talking about this and how it’s sort of jumpstarted my meditation practice. Well I was on the plane so the first thing I did was take these noise cancelling Tao- tronic (?) headphones. They look something like this… (shows headphones/earbuds). They cost $45. I’ll put the link on after… actually you know what, here I think I have it copied already because I was sending it to somebody. I’ll put the link in the description you can buy it through Amazon. And if you do buy it through Amazon, through this link, you’ll be sending a couple pennies our way which is nice, again we’ll put it in our video production pile. So I put this in….. let me just get this for you guys right now because I love these things. (Typing on computer) Again they don’t pay me, this is just me saying I love these things. Uh, here they are. Ok , they’re in the comments now.   Theyre noise cancelling. You put them in. they fit right in your ear. So already w/o even turning them on its pretty quiet around me, like I can barely hear myself talk, and you turn this little switch and boom… All the rumbling and low frequency noise is gone.  And so I put these in my ear and the nice thing about these, I love them for travel, or if you’re on break at the hospital you can put em in if you don’t want to be bothered. Put your pager on vibrate, or whatever, put your phone on vibrate and they’re so tiny that when you’re done, you just put them in your pocket. I love em. And everything got kind of quiet I could just hear mumbling, I could hear a little coughing a little sneezing, and then I did my meditation practice. Now I thought it would be too distracting, but part of the practice of meditation is actually identifying distractions and then refocusing back on the breath. So I was able to do that. The next thing I know an hour and a half had passed.  We were on the descent. So… highly recommend meditation. It can help turn an airplane flight from and ordeal to a chance to better understand and train your mind to be less reactive and all the other things we talked about.

I want you guys to stay safe if you’re sick, call in. Hit share, hit like. If you’re really nice support us on Patreon.com/zdoggmd. We would really, really, really appreciate it.

You may be wonder why I’ve been focusing so much on money. It’s because doing this stuff costs a lot of money and the plans we have for 2018 involve making a lot of content for you guys. So in order to support that, this isn’t even profit we’re talking about, this is just paying the costs of what we do. We need your help. We need your support. Things like this where we take your voice and actually put it out there to the world to millions of people, ultimately in terms of reach, it’s important. And I think w/o having these kind of platforms where the ??? where we’re trying to build a better healthcare system for ourselves and for our patients. Anyway, that’s my pitch guys. I love you Zpac! 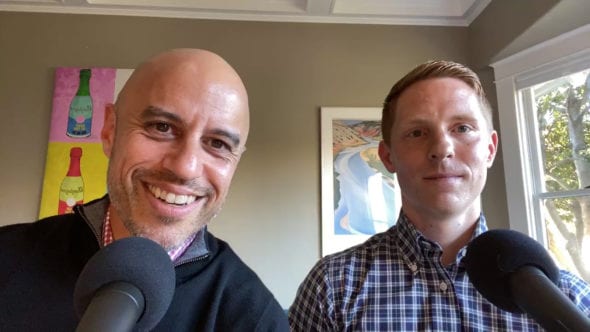 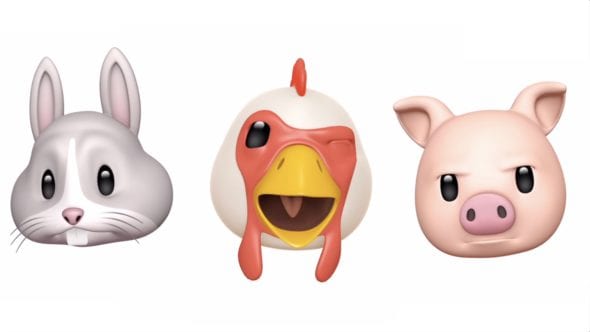 Do You Wanna Reform Healthcare? 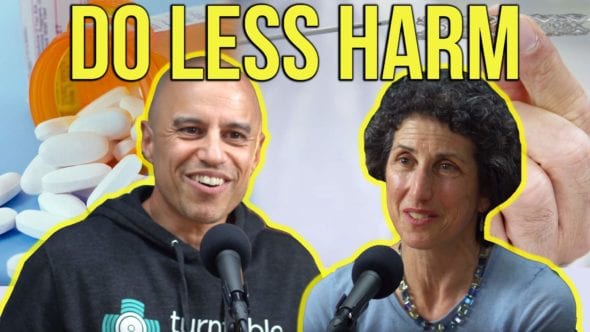 How To Do Less Harm (w/Dr. Rita Redberg) 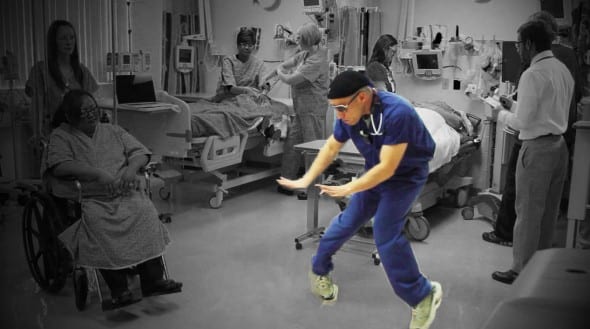