Emerging science suggests that “aerosolizing procedures” like intubation aren’t really aerosolizing much. But a cough or heavy breathing from a superspreader might be much worse.

Yet CDC guidance suggested N95’s only for those doing the “aerosolizing procedures” and not for healthcare workers at even higher risk.

Did we misunderstand how coronavirus is transmitted in healthcare settings, and did this cost lives of frontline healthcare workers? So a new “Kaiser Health News” article really sort of makes the case that we screwed this up big time, including CDC. I mean everyone in public health community, and even myself because looking at the early data, looking at our information from SARS, the original SARS, it was felt that, “Well, this thing seems to spread through droplets, unless you have an aerosol generating procedure, which in the age of SARS, it seemed to be intubating people, putting in breathing tubes, bronchoscopy, non-invasive ventilation like BiPAP and CPAP, forcing in air.

And the thought was, “Well, that’s what was making people sick by aerosolizing,” by taking bigger droplets and making them smaller droplets and spreading them. And in order to prevent that kind of thing from infecting a healthcare worker, you needed to wear a very high-efficiency, well-fitted mask like an N95 or a PAPR or something pretty extreme. You couldn’t just go around with a surgical mask because there’s ways that air gets around surgical mask, and these small particles, these that hang in the air, can get around and into your deep parts of your lung because they’re so small. And so the theory was, “We have limited N95 masks.”

CDC said, “Okay, if you’re doing an aerosol-generating procedure like intubation, BiPAP, bronchoscopy, then you should wear those masks. Everyone else can get away with surgical masks in healthcare settings.” Well, then you start looking at who’s dying and it turns out it wasn’t people in ICU and those kind of high level places where you think the aerosolizing procedures are being done. It was actually in emergency departments and nursing homes, and clerks, and waiting rooms, and things like that. And looking at the data now, this piece actually makes a compelling case, that new science has emerged that says, Actually, intubation, that you would think would spew out all kinds of particles and- By the way, let me back up for a second.

How is this thing even spread, right? We know that this coronavirus is spread mostly by super-spreaders, the 20% of people that spread 80% of the disease. There are people who generate more respiratory particles than average. And what we’ve seemed to piece together is that this often happens not when you’re necessarily so sick that you need to be intubated and ventilated, but often before that. You’re symptomatic, so symptomatic people have higher respiratory droplet transmission according to the studies.

If you’re older, if you’re obese, you tend to be more likely to generate large volumes of respiratory droplets of all sizes. And everybody generates all sizes, but it’s the very, very small sizes that can go the farthest, hang in the air in poorly ventilated spaces the longest, and can get around surgical and poorly fitted cloth masks. So you already know that there are certain types of patients that are higher risk, right? So what did they do when they looked at intubation and they actually carefully studied how many particles were being emitted, and they compared it to people who were just breathing heavily like they’re short of breath, or they’re coughing.

And it turns out a volitional cough where you’re just, that sort of thing, has multiple times the respiratory aerosols being produced than intubation ’cause intubation is controlled, it’s in a controlled setting, usually, you have a face mask that you’re pre-oxygenating with. Now, the risk factors of intubation is you’re close to the patient, you’re close to the respiratory airway for prolonged periods of time in a room that may not have the best negative-pressure ventilation, and the patient is clearly sick, right? But this data was saying, Well, actually, you’re at higher risk being around somebody who’s coughing or breathing heavily, or a super-spreader, obese, older, higher risk, who’s infected, who is just around. And if there’s poor ventilation, it’s worse.

If you’re with them for a long time, it’s worse. If you’re closer to them, it’s worse. So what did CDC say, and the rest of the public health community in the early days of the pandemic, and up until just recently? Look, unless you’re doing an aerosolized procedure, you can get away with a surgical mask in a healthcare setting, plus or minus the face shield, and save the N95s which were in short supply, understandably, early on for people doing the highest risk stuff, which they felt were these aerosolizing procedures, “aerosolizing procedures.” It turns out the biggest aerosolizing procedure is a sick patient who’s coughing, or a sick super-spreader who’s breathing heavily. And so what ends up happening? We have 3,500 frontline healthcare workers dead, which by the way, is higher than the CDC count.

This was data obtained by “”Kaiser Health News”” in conjunction with “The Guardian.” The majority of those were nurses and ancillary support staff who spent a lot of time with patients turning them, putting in IV’s, up-close, and many of them were in nursing homes where the patients were more likely to be super-spreaders, not intubated, but more likely to be super-spreaders. So where’s the aerosolizing procedures? It’s breathing, it’s being, it’s existing for those patients. And that put those healthcare workers at risk. And so now you have people who’ve lost their lives because of guidance. Now, even worse than that, because the CDC says, “Well you’re not considered exposed to a coronavirus patient if you’re wearing a surgical mask,” and maybe a face shield, I forget their exact guidance. And so if that’s the case, and then you get COVID despite having that equipment with COVID positive patients, they’ll just say, “Well, you got sick in the community then.

It wasn’t a healthcare exposure,” which may not be true. And so there was some data, and that’s in the links in the article as well, looking at outbreaks in hospitals where asymptomatic or symptomatic patients managed to infect a ton of healthcare workers, including those wearing face shields and surgical masks. And it just tells you that this idea of these small particles that are emitted, particularly by super-spreaders, that that’s how this thing is spread. And in fact, BiPAP, CPAP, these non-invasive ventilations, have lower particle generation than coughing and heavy breathing. So it’s better to treat those patients quickly. Remember, in the early days we’re saying, “Don’t put them on BiPAP, don’t put them on CPAP. Intubate them right away because otherwise you’ll generate all this spread.” No, the opposite, just don’t, don’t. And you wanna avoid intubation if you can, that’s another thing we learned. Notice how this evolved as a learning process where you take the data, you update what you do.

It’s not “Following THE Science” it’s “following science” as an approach to solving problems. There’s no dogma here. It’s about how do you answer these questions. And so the point now is, “Well what should we be telling frontline healthcare workers?” Well, first we ought to be telling them, “Get your a$$ vaccinated ASAP” because that is the best answer for protection in healthcare settings, all right? These extremely effective vaccinations, okay? But we might be saying, “Well, okay, yeah, if you’re up close in someone’s respiratory tract, you need an N95 mask, but if you work in the emergency department, if you work in a nursing home around patients who are high risk, you probably need an N95. And if you can’t do the N95, this is where the two-mask thing becomes interesting because you can approximate some vestige of an N95 by taking a surgical mask, and I’m talking to healthcare workers here, I’m not talking about people going out in the community and doing this, right?

That’s a whole ‘nother discussion that- You can take a surgical mask and put a well-fitted cloth mask over that, and what it does it creates a better seal and a couple layers of filtration, but really, it’s getting those gaps around the side and here really tightened up, and that will help a lot. So this is what we’ve learned, right? Now we better understand this if we’re gonna keep our frontlines safe. Now here’s what is kind of the most hurtful part about this: nurses were screaming about this from early on. They’re like, “We don’t feel safe,” and administrators acting on CDC guidance, and even I was like, “I don’t know that you need N95’s for most of these cases.” I was probably wrong. The nurses were right, as usual.

Listen to your nurses because they said, “No, we need N95’s. We don’t feel safe.” And who are the majority of the people who got sick? Nurses, including people of color. It’s heartbreaking, in the end, but if we don’t wake up and see what we did wrong, we’re gonna repeat these errors. And it’s important that they’re doing the science now because when the first SARS came by, they reviewed the original data and said, “Oh, it looks like these aerosolizing procedures,” but you know what? Those studies were really low quality. We need better data. Well, we never got the better data before SARS 2 came out, the sequel, and now we’re suffering for that. So we better science the crap out of this, all right? I will link to the article here.

If you guys like how we do things, the absence of fear-porn and doom-bait, and trying to just be rational alt-middle actors in the world, support the show on Locals, you can go to ZDoggMD.locals.com or Facebook or YouTube, or you can give us a one-time donation, and I will send you a personal email, “Thank you” from my personal email. You can go to paypal.me/zdoggmd. And that’s how we support the show. It’s kind of like when you see these TV docs pitching supplements and stuff, they pay for their show that way, I pay for my show by selling out to big you. I love you guys. Please share this video, and we are out. Peace. 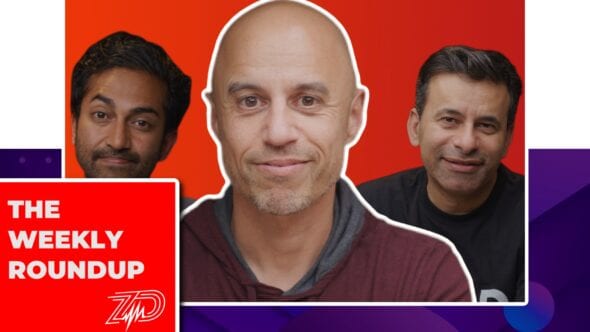 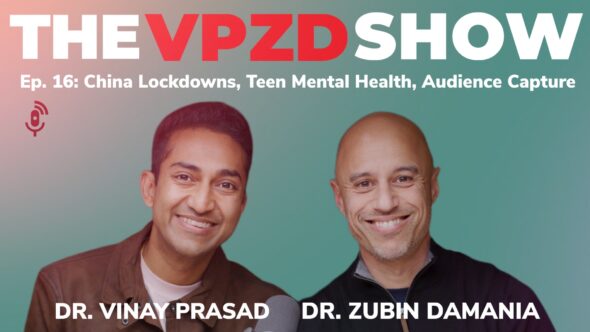 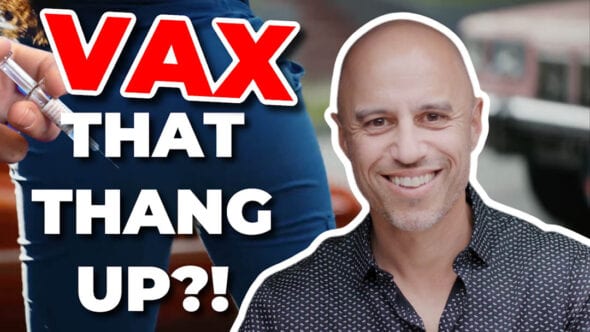 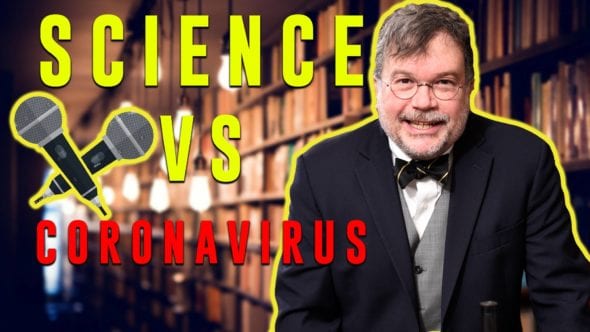